The Artists We’re Most Excited About in 2019

2018 was a stellar year for music. So many different genres delivered strong and powerful performances. We had the surprise entry of The Greatest Showman album into the charts, not just as a flash-in-the-pan phase, but as a constant presence at the top for 25 consecutive weeks, making it the longest running number one soundtrack in five decades.

On top of that, we had the insane popularity of Childish Gambino’s This Is America, which became one of the biggest music events of the decade thanks to its controversial and thought-provoking video. Ariana Grande also made her mark, with a host of new material and her iconic premiere of Thank U, Next, which drew in an amazing 825,000 live viewers.

It all means that 2019 has an awful lot to live up to, but to be entirely honest, we’re not the slightest bit worried. In fact, we think it’s shaping up to be pretty great already, so here are just a few of the artists whose future works are ramping up the ante and making us super excited to see what’s in store.

Given that we’ve already mentioned some of the amazing work she produced in 2018, it should come as little surprise to see Ariana Grande featured on this list, and whilst it might seem like only yesterday that she was releasing Sweetener, work is already well underway on its follow-up. With two singles released so far – Imagine and Thank U, Next – we feel confident Grande is going to deliver, with the star taking to Twitter to promise: “No drags… no shade… just love, gratitude, acceptance, honesty, forgiveness… and growth”. Upping the ante just a little more, Savan Kotecha, the songstress’ producer and co-writer, has called it the best album Grande has made. It sounds like we can some expect some really great things from Ariana in 2019.

Her Twitter rants have made Azealia Banks a rather controversial figure in recent years, but what they cannot do is take away from her inarguable talent. Her up-and-coming album, Fantasea II, is one we’ve waited a pretty long time for, with its original release date set as February 2018, but we’re nonetheless confident it’s going to deliver. Its lead single, Anna Wintour, has already been released, becoming one of our favourite songs of last year, and if it’s anything to go by, the album should be pretty damn amazing. So good, in fact, that it might just make people forget Banks’ less savoury but nonetheless headline-grabbing antics, like feuding with Lana Del Rey, and the bizarre house hostage saga she was part of. 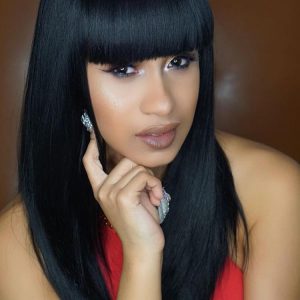 2018 has to have been one of the busiest years of Cardi B’s life. In amongst giving birth to daughter Kulture, making waves with her very public break-up, and releasing one of the best debut albums in a long time, the star never seemed to stop – and her work schedule shows no signs of slowing down in 2019. Cardi’s already revealed to fans that the follow-up to Invasion of Privacy should be ready for April, to neatly coincide with the one-year anniversary of her original offering. That said, considering we’re still dancing away to Money and the many awesome tracks that accompanied it, we almost feel like she’s being a bit too generous. After all, even popstars need to take the occasional break.

Next up on our list, the inimitable Childish Gambino. Donald Glover has said his next album will be his last, so he’s committed to really making it count. His viral smash, This Is America, which is currently in the running to become the Triple J Hottest 100 winner according to Oddschecker at 3.6, is slated to be featured, along with singles such as Feels Like Summer and Summertime Magic, which means it’s off to a pretty great start already. Sources say Glover is likely to play some of his new material during his Coachella headline set in April, but whether the album will be out then or whether attendees will be getting a sneak peek of what’s to come is anyone’s guess.

Carly Rae Jepsen hurtled onto the music scene with the cute and quirky Call Me Maybe, but she hasn’t done all that much since 2015’s E.MO.TION – or not in the public eye, at least. In fact, the songstress claims to have written around 120 songs in the intervening years, drawing inspiration from understated disco and artists including Ariel Pink and Big Thief. November saw the release of single Party for One, which Jepsen described as being a song about self-love, but it seems there’s plenty still to come. Hopefully we’ll hear it before 2019 gets too long in the tooth.

Kanye West might be most widely associated with his odd Twitter behaviour and support of Donald Trump right now, but there’s no taking away from the fact that he’s a supremely talented musician, and 2019 should give us the chance to be reminded of that. With his ninth studio album Yandhi originally slated for release on September 29th last year, but now set to come out ‘once it’s done’, we expect to see it at some point in the next 12 months. What we know about it so far is that many of the tracks that will be featured on it were recorded in West’s home city, Chicago, whilst others were finished in Uganda. Fingers crossed that the final result will have all the genius of his earlier work on My Beautiful Twisted Dark Fantasy. 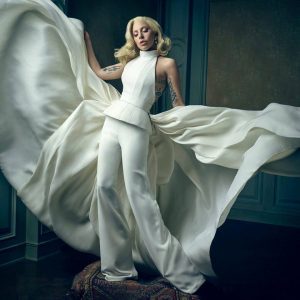 Lady Gaga spent much of 2018 straying from her usual material, but she nonetheless knocked it out of the ballpark with her amazing work on A Star is Born. 2019 promises to be another exciting year for the popstar supremo, with electronic producers SOPHIE and Boys Noize both having spent time in the studio with her recently. Although we can’t say for certain what sort of material they’ve been working on, rumours abound that a return to her electro-pop roots is imminent, and we’re definitely here for that. What we can say for definite is this: everything Gaga touches turns to gold, and we have no doubt that her latest offering will be another perfect case in point.

With some of the biggest names in the business set to bring out new material in 2019, we can’t see it being anything less than a magnificent year for music lovers everywhere. Between Lady Gaga, Kanye West, Childish Gambino, and Ariana Grande, we genuinely can’t decide which up-and-coming album we’re most excited for. So tell us, if the choice were yours, which of our favourites would get your vote?