Best of Jeffree’s Volume One 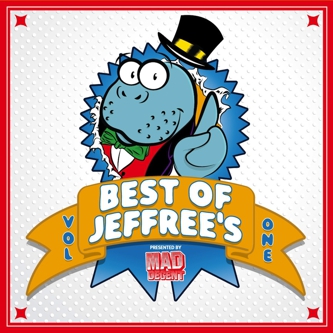 Mad Decent side project Jeffree’s has been a means of releasing records and singles some of the more lesser-known talents for the past few years. Since 2011, Jeffree releases have given artists like Swizzymack, Bro Safari, and UZ the chance to showcase their talents to an audience they would have otherwise never been able to reach.

The first installment of Best of Jeffree’s, listeners get the best from all 8 volumes of EP’s, with tracks from artists including Diplo, GTA, DJ Snake, Yellow Claw, and Andy Milonakis‘ latest project, Three Loco.

Best of Jeffree’s Volume One

Paul Devro, creative director and artist on Mad Decent, had the following to say about the intentions behind Jeffree’s:

Since the start of Mad Decent, Diplo and I have fought the discouraging reality of having to pass on amazing records again and again. The old model of a releasing music wasn’t working for us, so we had to find a new way. We brainstormed for months and came up with Jeffree’s; a modern record label that embraces technology and human demand for more content by dropping a new release every week to 2 weeks. And the best part? It’s all free. Yes, all releases are free to the public for a limited amount of time, no strings attached. True to Mad Decent’s style, we’ve kept it eclectic by releasing everything from psych, juke, rap to dancehall with our main focus being emerging club music. It’s a futuristic platform to expose music from the world’s most revolutionary producers and artists in a way never attempted before.

It has truly been a dream of mine since I started DJing and collecting music to run my own label. Scouring the internet looking for new talent and sounds to share is the common bond that sparked Diplo and I’s friendship over 10 years ago. What began as Mad Decent’s ‘lil experiment’ has turned into one of the label’s greatest success stories. So, please enjoy this varied 2-disc collection of music from some of the most talented producers the world has to offer!

Best of Jeffree’s Volume One is available for purchase at iTunes, Amazon and Beatport.