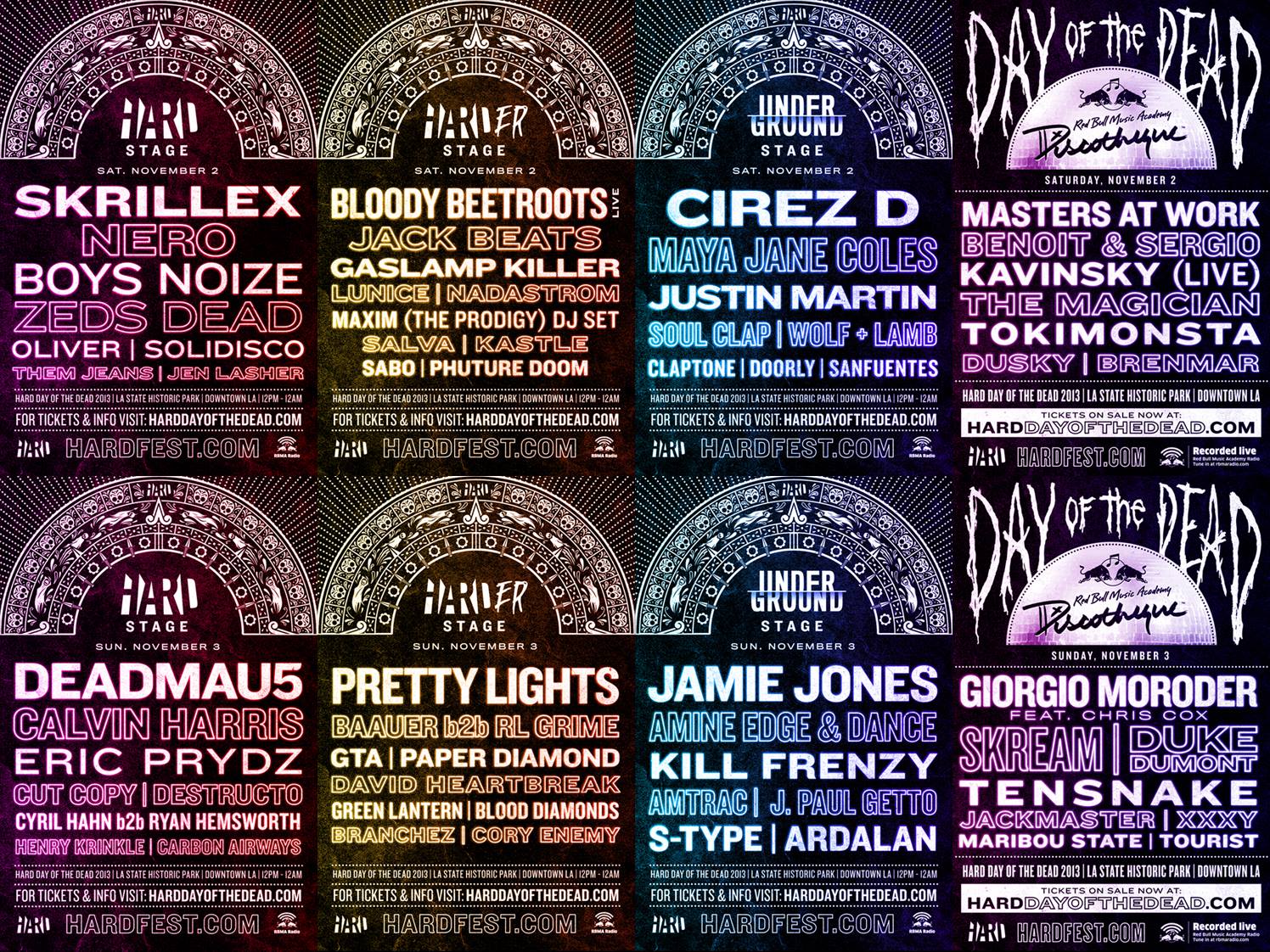 HARD has just released the stages for this year’s Day of the Dead taking place at the LA Sate Historic Park, November 2nd – 3rd.

From the looks of it, HARD has set up the stages pretty much the exact same as last year’s event, with the addition of the Underground stage which was birthed from this year’s HARD Summer.

As always there will have to be some pretty tough decisions made by concert goers, as the stages are all pretty equally stacked, depending on what type of genre you’re more interested in.

Check back soon for set times and more!