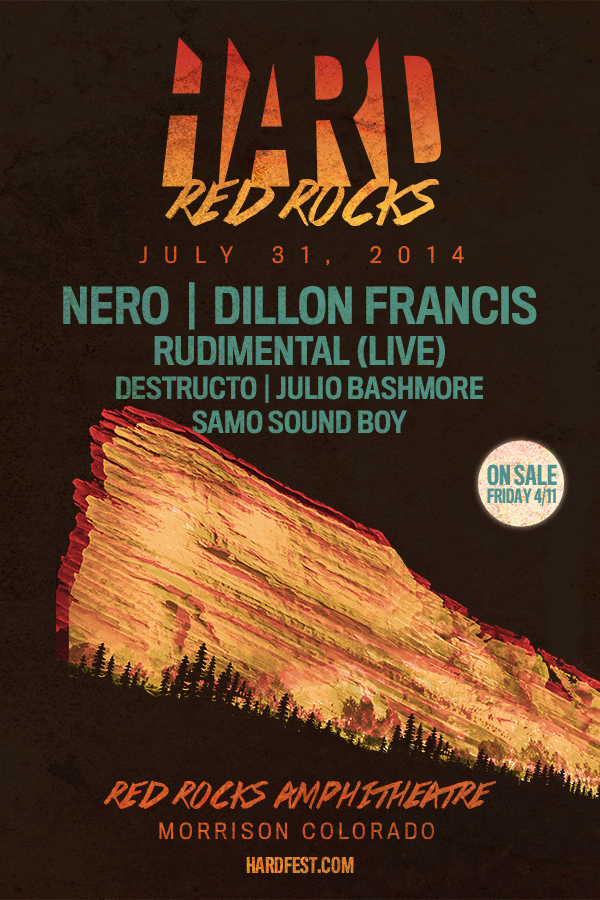 In 2013, party planner extrodinaire Gary Richards (Destructo) took HARD Presents… to Morrison, Colorado for a one-night spectacular at one of the most famous venues in the whole world: Red Rocks.

After a sold-out event last year, HARD Red Rocks 2014 is set for July 31st and will include world-class acts like Nero, Dillon Francis, and Rudimental (Live), with supporting acts including Destructo, Julio Bashmore, and Samo Sound Boy.

Advanced tickets will be sold at $55 for general admission, and day of for $60. VIP tickets are going for $100 and include VIP Soundboard Seating and a limited edition poster.