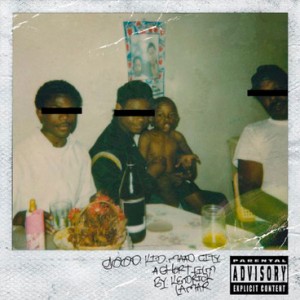 It’s very seldom that an artist’s debut album has feverish hype surrounding it, exceedingly rare when the artist in question actually delivers on those impossible expectations. Kendrick Lamar enjoyed the previous summer being featured all over independent music blogs, and without a body of work to show for it, really begged the question, ‘why?’. The inquiries need not look beyond good kid, m.A.A.d city, for their answer.

Kendrick Lamar’s debut is one of those rare occasions where the artist actually capitalizes on built hype, almost a mirror situation on what’s to occur with A$AP Rocky in early 2013. The result is a classic album, the depths of which are yet to be seen.

good kid, m.A.A.d city, billed as a short film by its author, opens much like any other traditional biography, sampling up a brief introduction of our central character, Kendrick Lamar. The candid details provided in those first few minutes alone are enough to ensnare listeners into taking general interest in Lamar’s delivery, regardless if they followed his storied summer.

Some of the strongest spots on the album are unlike anything Lamar has already displayed on his limited supply of guest tracks and self-released singles, specifically on Backseat Freestyle. Kendrick, backed by Hit Boy of N***** In Paris production fame, drops the most aggressive flow we’ve heard from him yet with a genuine snarl behind the voice. It’s refreshing to hear a skilled MC have more than one weapon at his disposal. This is easily one of our top tracks of the year.

It’s officially safe to get on the bandwagon.