After bringing the heat in his debut EP on Never Say Die Records in February, UK based producer, LAXX comes back firing with yet another banger-filled compilation titled, Step Two, set to be released on April 7th.

Step Two starts off with “Brainbug” which is a telling title, as the rapid synth assault feels like a bug is straight bouncing around in your head. This track was so enticing that dubstep demon, MUST DIE! had to get on a remix, turning the grime on full blast as always, for a way heavier vibe. Track, “Step Two” is the perfect follow up track to “Step One” on his last EP, keeping the trap vibe alive with some deep horns, solid kicks and snares, and interludes of massive swelling synths. “The Limit” rounds out LAXX’s anticipated EP. Building up with a falling trap snare, this track drops into some huge, melodic siren synths backed up with heavy dub swells. 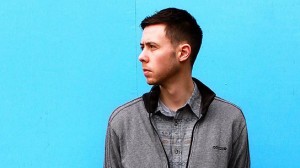 If I had to slap a genre on this eclectic EP, which is nearly impossible, I would dub it minimal dubstep with a heavy trap/bass influence. LAXX has coined his unique “Twitch” sound, which is sure to take the world by storm this year. With renowned praise from artists such as Zomboy, Flux Pavilion, and Koan Sound, just to name a few, LAXX is sure to put his stamp across the bass community.

Whatever you want to call his style, there is no arguing that this shit goes. Make sure to catch the release of Step Two on Never Say Die Records April 7th!