I know what you might be thinking: “great, another Lorde remix…” Sure, the number of Lorde remixes out right now is absurd. But leave it to Australian wunderkind, Flume, to produce a track that stands head and shoulders (and knees and toes) above the rest. 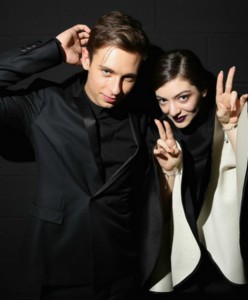 Both artists performed at Coachella this year. And your boy just so happened to be there Weekend One to witness the Aussie slay the new tricked out Gobi tent that Friday night.

The crowd lost their shit when he played this track, so it was only a matter of time before an official release hit the interwebs.

As always, Flume remains on top of the game. Anyone who claims this won’t be the case for some time is sorely mistaken. Be sure to peep some of his other anthems on Soundcloud.

Oh, and check out this video of two naked people playing tonsil hockey over Flume’s remix of “You and Me” by Disclosure!