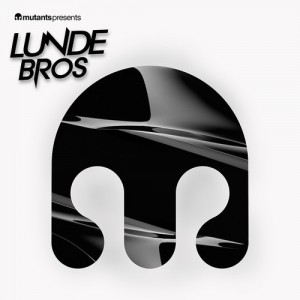 Sweden, Netherlands and Australia; I’m not sure what it is about these countries but they have been producing some of best tracks to come out in 2014 and our brethren (pun intended) from Stockholm, Lunde Bros, are no different. The duo are gearing up to release Mutants Records’ second mix compilation next Monday, March 24th.

Comprised mostly of that progressive house/EDM that has been a staple of festivals like EDC, and Ultra this compilation is a bit different from my usual tastes, but I can put my snobbery aside for awhile to really appreciate some really good EDM when it presents itself. For fans of that big banger sound I can’t recommend this upcoming compilation enough,

Mutants Records currently has a preview of the mix up on their Soundcloud which features five previews of unreleased Lunde Bros tracks. For my money, the Lunde Bros shine the brightest on this compilation with fun, future inspired tracks from their catalog like I Wanna Rock It, and If You Wanna. The release of the opening track Knifeproblems will be the first thing on my mind when I boot up my computer Monday morning.