The Best Soccer Stadiums to Visit on Vacation in Europe 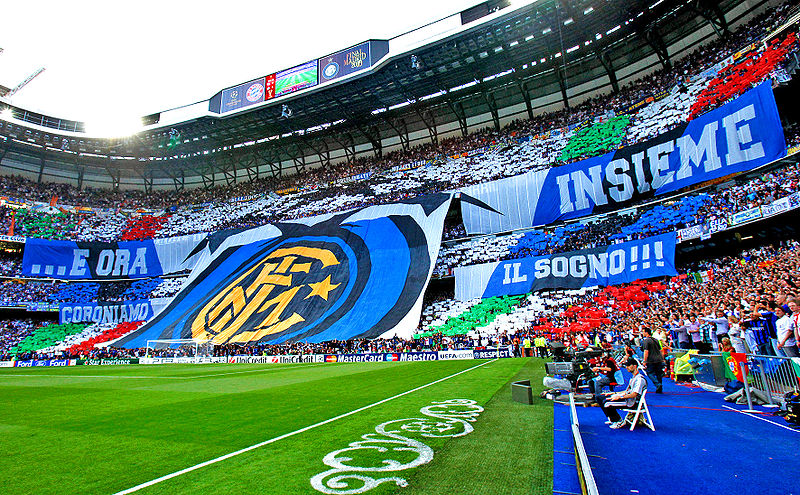 If you love to travel and enjoy sports, you might be tempted to combine your two passions by taking in a game on your vacation. Or if it is out of season, you could always arrange a stadium and museum tour during your trip.

Europe has some of the most iconic soccer stadiums in the world, so let’s take a look at seven that are worth an excursion on your next European jaunt.

The Guiseppe Meazza Stadium, often referred to as the ‘San Siro’ due to its Milan suburb location, is one of the most recognisable stadiums in Europe. It is also one of the most visited.

Not only is it intriguing from an architectural point of view, with its cylindrical towers of reinforced concrete and red supporting beams, but it is home to both Milan clubs, AC Milan and Internazionale.

Getting tickets to the Milan derby is not easy but it is worth it just to experience the atmosphere and to witness the pre-match flag displays known as the ‘Coreo’ (choreography).

Liverpool is a popular tourist destination for many reasons. It is home to the Beatles, has one of the best art and culture scenes in the UK and is home to two Premier League football clubs.

While Everton FC are a big club in their own right, Liverpool FC are a global phenomenon. With more trophies than any other English team and a fantastic record in European Cup competitions, they are one of the most famous clubs on the planet.

Add to that the iconic anthem “You’ll never walk alone” and a trip to Anfield can provide a special experience, especially on a big European night. English football fans love to bet and if you also enjoy a wager, check out the latest betting offers before your trip and add an extra an extra level of excitement to your match day experience.

If you can’t catch a game be sure to take a tour around the stadium and the club’s museum where you can really feel the weight of history behind the club.

The seats of the Camp Nou are emblazoned with the Catalan phrase ‘Mes que en club’ (more than a club), and when you visit the stadium, you begin to understand why. Approach it from the Maria Cristina metro station on the north side and you will pass the famous ‘La Masia’ youth academy. This innocuous looking farmhouse has produced many greats of the club and on a match day, you can see the next generation of hopefuls peeking out of the windows watching the crowds arrive.

Even when there is no game on, the stadium if packed full of tourists taking stadium tours, exploring the museum and spending big in the club superstore. The stadium itself is enormous and those sat in the highest tiers might struggle to identify the players on the pitch, but can at least enjoy the far-reaching views across the city to the Mediterranean Sea.

If there is one club that can claim a grander status than Barcelona, it is their arch rivals Real Madrid. The biggest team of several in Spain’s capital, ‘Los Blancos’ have won more European Cups than any other team (13), more league titles than any Spanish side and are one of the richest sports clubs on the planet.

A game at the Bernabeu can be a fascinating experience as the home crowd are one of the most discerning you will find anywhere in sport. A below-par performance on the pitch is often met with the waving of white handkerchiefs, a sure sign that the locals are not satisfied, while a big win can prompt unrivalled passion and a deafening noise.

The club museum offers a fascinating walk through the history of the club and should be of interest to all sports fans.

Often overshadowed by rivals Bayern Munich, Borussia Dortmund have the upper hand when it comes to the stadium experience. The Westfalenstadion is the largest in Germany and the third largest in Europe. It is renowned for its electric atmosphere, much of which is created by the 24,454 capacity all-standing Südtribüne (South Bank). The terrace is the largest of its type in Europe and has been nicknamed the “Yellow Wall” thanks to colourful displays put on by the fans.

The atmosphere can be intimidating for rival teams and has to be witnessed to be believed. And just like at Anfield, a chorus of “You’ll never walk alone” can often be heard before matches. 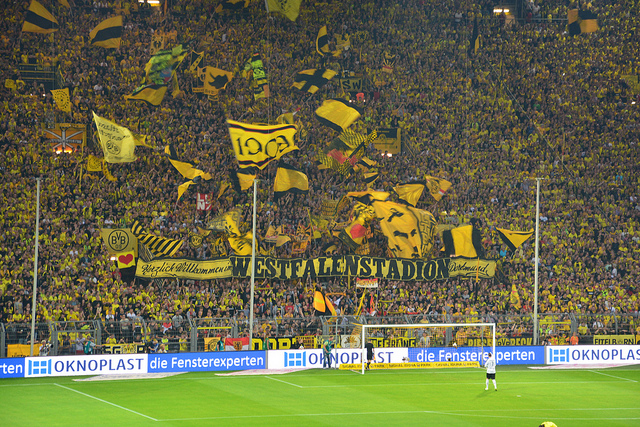 For many soccer fans, a trip to Glasgow to watch the Old Firm derby between Celtic and Rangers is high on their wish list. The rivalry between the two goes far beyond the football pitch and the atmosphere can be a little intimidating, to say the least.

If you can’t make it to the derby, Celtic Park can also be a special place on European nights and many top clubs including Villarreal, Ajax and Spanish giants Barcelona have succumbed to the pressure under the floodlights of Celtic Park in recent times. Thanks to the club’s domestic dominance, European qualification is a regular occurrence in the Parkhead area of Glasgow.

First opened in 1911 and later renovated in 1990, the Stadio Luigi Ferraris has the feel of an old school British stadium reflecting the roots of residents, Genoa Cricket and Athletic Club. which was established in 1893 by British expats in the town.

Genoa may be the oldest club in Italy but they share the stadium with city rivals Sampdoria who were formed much later in 1946 and remain the youngest continuously operational club in the country. The local derby between the two teams is known as the Derby della Lanterna (named after the city’s lighthouse) and is one of Italy’s most atmospheric matches.

If you can’t catch the derby, the stadium is still worth a visit and who knows, one of Italy’s other big guns might be in town.

Other stadiums well worth a visit are Manchester United’s Old Trafford which is the biggest in England; Valencia’s Mestalla, which has some of the steepest terraces in the world; FC Köln’s Müngersdorfer Stadion, which was updated in 2003 to provide a more intimate atmosphere; and Fenerbache’s Sükrü Saracoğlu Stadium in Istanbul which is located in the beating heart of the Asia half of the ancient city.