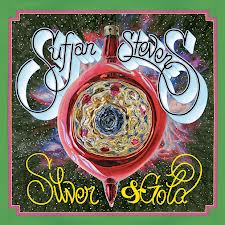 Sufjan Stevens is ambitious. At 37 years of age, Stevens’ early career began with lofty aspirations to craft the perfect folk soundtrack for every state in the Union, an impossibly benign undertaking that later was reported as a move for publicity. The patriotic venture at the very least produced Illinois, boasting finely crafted singer-songwriter narrative and putting Stevens on the map.

So it comes as a surprise to no one that Sufjan Stevens’ Silver & Gold: Songs for Christmas is yet another exercise in overkill. Still, regardless of how you feel about Stevens as an artist, you have to admire the fortitude that goes into his catalog. Perhaps pertaining to a more niche audience than his usual base, Sufjan Stevens Silver & Gold will is enough to sate your appetite for the season and then some.

Stevens adds his own flare to an otherwise traditional canon of Christmas songs, including staples like ‘Silent Night’, ‘Christ The Lord Is Born’ and ‘Have Yourself A Merry Little Christmas’, a collection that spans outward to five separate discs. That’s a lot of Christmas.

It’s perhaps no better defined as a strangely non-polarizing collection of music you could turn on for your mother or father during Christmas festivities which could very well elicit soft remarks of, “Who is this? I like it!”. Perhaps that’s the real message intent here — bringing families of Christian faith together instead of brooding alone in the den with generic beer in hand over shouts, “The glazed ham needs a few more minutes!”. Good on you, Sufjan Stevens.

Silver & Gold is ultimately successful despite its vast scope. For those within the Sufjan camp who waste no time blasting Christmas fare the moment Halloween has ended, there’s perhaps no better seasonal album alternative. Most importantly, despite the ode of personal justice afforded to each traditional track, the sound is unmistakably Stevens. There’s perhaps no better artist at providing such vastly themed soundtracks than Sufjan, making him a standalone mainstay within the uncomplicated indie folk genre.