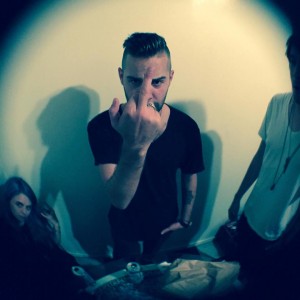 2014 was a big year for Trevor Osterman AKA Ballast. After toiling in the underground scene for years, Ballast finally found the recognition he deserves with a release on the 7 days of dirtybird compilation that dropped early December.

While bigger and better things appear to be on the horizon for the Los Angeles based producer, he has not forgotten about the fans who have supported him throughout the years. Via Soundcloud, Ballast has dropped a bevvy of free downloads and unreleased tracks that have accumulated over the years, as well as a link to a DJ Sliink Bootleg, the young dj has been playing out for some time now.

A quote pulled from the artist’s Facebook page shows his appreciation for fans of his tech-heavy bass music that will make him a staple of Dirtybird for years to come.

Y’all been so good to me in 2K14, I appreciate the support and as a result have achieved more than I ever expected I would. As a token of my appreciation, I’m giving away this Put Cha Back In It flip I did awhile back + my Sluggish EP + an older original that never got released.

7. Put Cha Back In It (Ballast Fliip)

Keep your eyes peeled for this up’n’comer in 2015. I wouldn’t be surprised to see his name inked on smaller festivals throughout the U.S.