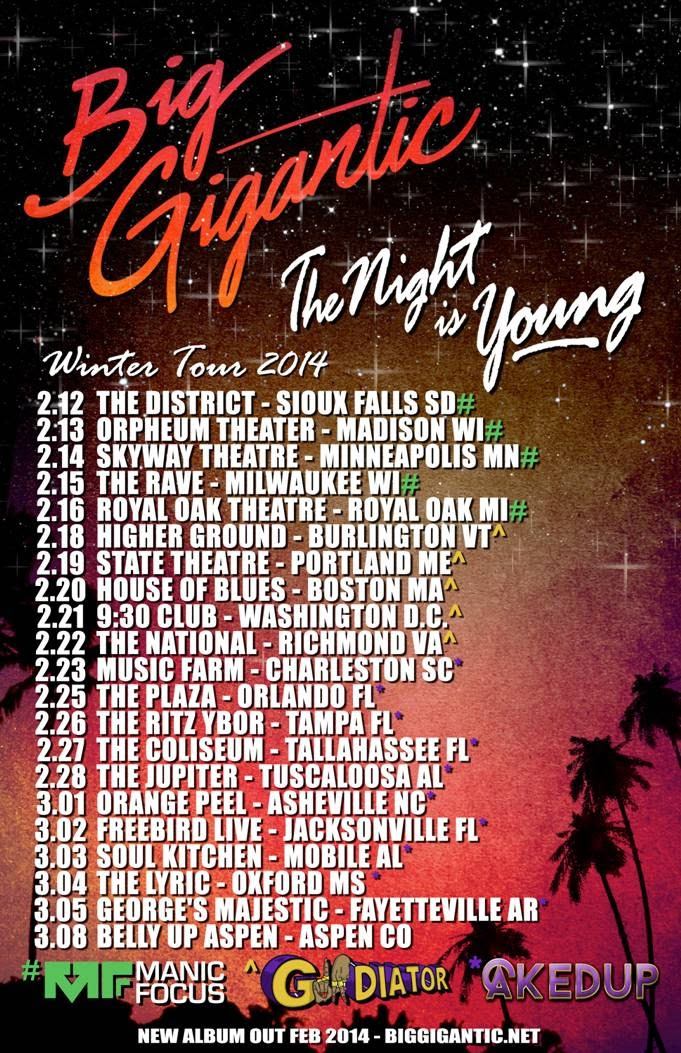 In celebration of the release of their newest album, The Night Is Young (due out February 11th), the Boulder,CO-based duo Big Gigantic will head out on a North American tour hitting stops all across the US. Joining them on tour will be Chicago-based Manic Focus, remix kings Caked Up, and trap supserstars gLAdiator.

Following their tour, Big Gigantic will be seen making their debut at Coachella, as well as making a return appearance at Georgia’s CounterPoint Festival.