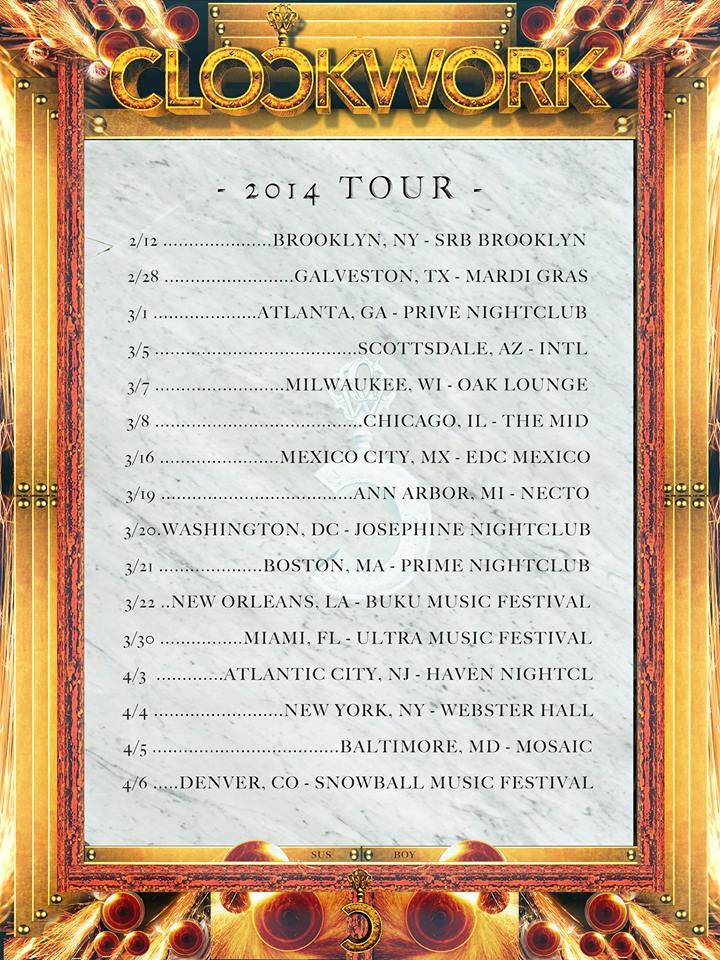 Clockwork, aka RL Grime, aka Henry Steinway, is heading out on a sixteen-date tour across North America, hitting cities like Scottsdale, Milwaukee, and Baltimore, and festivals like EDC Mexico, Snowball, Ultra, and Buku.

If you’ve never seen Mr. Steinway live or have been on the fence about seeing him, stahp. Clockwork ALWAYS puts on one hell of a show. See him.

Tickets for the Clockwork 2014 Tour go on sale this Friday, check back here for more information! For more on Clockwork, check him out on Facebook, Twitter, SoundCloud