It’s been all over the web, radio, and TV. Daft Punk’s newest contribution to the music world, “Random Access Memories.” It’s time for JNTM to chime in on why this is not only an important album for electronic music, but for music as a whole.

When I first found out the album was streaming for free on iTunes, my heart sank. I stopped everything I was working on, downloaded iTunes (in a Spotify world, who uses this app anymore?) and got to listening. I immediately got chills and continue to get the chills throughout the entire album. When I was finished with my first run through, my initial thought was something like, “That was a little tame. Not sure if this is going to be my favorite.” But, as Swedish House Mafia has famously stated, “goosebumps never lie.” 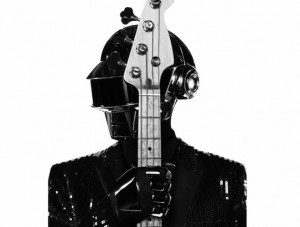 I took my lunch break and returned to my desk to listen to RAM once again. This time, with the intent to listen to every detail. I wanted to pick up on exactly what these robots were up to on this album. Here’s what I came up with:

Random Access Memories is an album created by musicians, rather than just producers, to remind the masses what music once was and what it should be. Anyone who followed the Collaborator Series could realize that everyone involved in this album is a true musician, someone who paved the way in one genre or another for other musicians to begin creating music. Legends like Giorgio Moroder, Chilly Gonzales, Todd Edwards, DJ Falcon, Nile Rodgers, and ten others were handpicked because of their specific talents and specialties for this conglomeration of musical experimentation. Daft Punk is attempting to “Give Life Back To Music” as the opening track suggests. 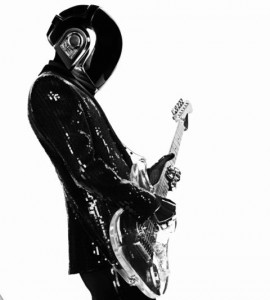 I think the best part about this album is that it reaches the same highs as Daft Punk’s earlier records like Discovery or Homework in terms of musical energy, but without samples and loud synthesizers. Instead, the robots turn to an entirely human sound by using live instruments rather than computer generated sounds, making the album a multisensory experience.  You can feel the ominous reverberated guitar tones and the sound of water on “Motherboard.” Songs like “Touch,” “Contact,” and “Beyond” have a cinematic element that makes the listener see the music. Or maybe I’m just on drugs.

The unfortunate thing about this album is the fact that it’s coming from Daft Punk. The duo has been known for their instant classics like “Around the World,” “Da Funk,” and “One More Time,” which everyone was expecting, which is why so many people are deciding to hate on this album; they wanted THAT again. Instead they got songs like “Lose Yourself to Dance,” and “Get Lucky.” Like those two songs would EVER catch on and turn into anthems of the year… 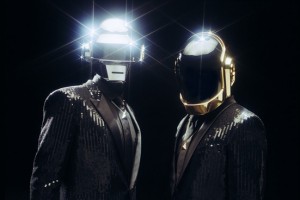 The hype around the album was a lot, I know. Unprecedented, actually: thirty second snippets of “Get Lucky” appearing on SNL and in front of the entire Coachella audience, Vine videos with streaming track titles, billboards around music festivals around the entire country, other miscellaneous internet memes. The fact remains that this album is an incredible piece of music and music history. If you disagree, give it another listen. You still get some classic Daft Punk sounds! You still get some awesome hit tracks that will be played and stay relevant for a long time! C’mon. Give it another listen. For me.

At the end of the day, it’s incredible thing when two of the world’s most talented producers, composers, robots, aliens, whatever you want to call them, can take a look at the music they’ve created, the twenty-four years of working together, the time they’re in, and the state of music right now and say, “You know what, we’re going to do something different. Try to catch up.”