Who is Jarren Benton?

Hopsin, Swizzz, Dizzy Wright, DJ Hoppa and Jarren Benton make up the artistry of out casts that is Funk Volume. To you, these names might not mean much right now but as each one of them will tell you within their lyrics and personalities, the music industry is in for a rude awakening.

Commonly compared to Eminem by his “don’t give a shit” attitude and questionable lyrical content, Jarren Benton is beginning to makes waves in the rap game. The independent rap label Funk Volume (created by group member/artist Hopsin) signed Benton in early 2012 after many fans doubted his style would be compatible to the label and its direction. 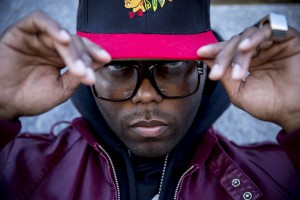 Jarren dropped a single titled “Skitzo” which, after listening and watching is a spot on accurate title for his style and mentality. However, Benton’s reckless demeanor and outlandish lyricism started to gain notice by trained ears, most notably NO I.D and 2 Chainz.  After his early mix-tapes “Huffing Glue with Hasselhoff” and “Freebasing with Kevin Bacon”  that were both produced by SMKA and released with out label affiliations, something needed to be done.

Taking a chance on Jarren, Hopsin and the crew surrounded him with the proper working environment to provide listeners and fans with the newest Benton flows featuring new artists and a little Funk Volume flair that has already got heads and speakers knocking.

My Grandma’s Basement was released June 11th and was surrounded by both hype and criticism. How would Jarren Benton prove to loyal Funk Volume fans the he not only belongs in the group but may be at the top of the list? “Razorblades and Steak Knives” was among the first songs to leak from the album and was a proper introduction of both Jarren and the album as a whole. 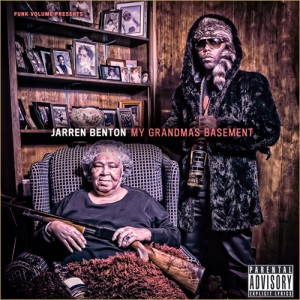 In the past, Jarren has been featured on remixes with fellow Funk Volume member Dizzy Wright and each one of them better than the previous. Once again the two of them pair up for “We On” and the utter differences of the rappers styles create a dynamic sound that puts the “Ughhhhhh” in “Bughhhhhhhmppin”.

From featured rappers such as Hopsin, Swizzz, Ritz, and R.A The Rugged Man, “My Grandma’s Basement” does not disappoint underground rap fans. Even long time rap icon Vinnie Paz makes an appearance thus putting his stamp of approval on Jarren Benton and his handy work.

Underground is on the rise and with “My Grandma’s Basement” climbing the charts Funk Volume is being well represented by the “Skitzo” from Decatur, Jarren Benton.