Key Highlights Ahead of the 2020 Tour de France 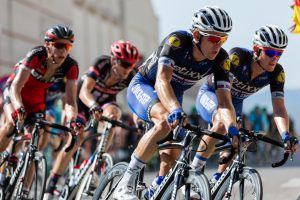 One of the most grueling and physically demanding challenges in the world of cycling, the Tour de Franch is a genuine test for even the very best riders on the world stage. Each year this magnificent race is packed with thrills and spills, as competitors pedal their way through the undulating French landscape, aiming to wear the coveted yellow vest as race leader.

This year the Tour will feature numerous exciting individual and team battles, making for unmissable road racing action. These are just a few of the key elements to whet our appetite ahead of the big race, guaranteed to keep us glued to our screen as we watch the live coverage.

But there were serious doubts whether the four-time Tour de France winner would remain with Team Ineos, ahead of the world’s most famous cycling road race. There was talk earlier in May that he might look elsewhere and for a team leadership role, given that couldn’t be guaranteed with Egan Bernal and Geraint Thomas having finished first and second last year.

Froome himself suffered a horrible accident during a reconnaissance run ahead of the 2019 Tour de France, which almost ended his illustrious career. However, the British rider has managed to make a complete recovery, is confident in his abilities, and has no plans for retirement any time soon.

Indeed, he recently stated that due to the competitive nature of all three riders, the leadership of Team Ineos will be shared between the trio. This will ensure there is no pecking order and that each will be aiming to win the Tour de France in 2020, without taking any team dynamics into account. That will certainly make for exciting viewing as each stage unfolds.

Since the very first Tour de France was held back in 1903, the race had never been won by a Latin American competitor despite several having come close over the years. That all changed in 2019 when hugely promising Colombian cyclist Egan Bernal claimed a memorable victory riding with Team Ineos.

⏪ A look back at some of the most recent editions of the Tour.

At the age of just 22, Bernal demonstrated his youthful exuberance to beat vastly more experienced riders, becoming the youngest winner of the Tour de France since Henri Cornet in 1904, which was only the second year the world-famous event was held, having been inaugurated in 1903.

The victory for Bernal was the highlight of a particularly potent 2019 for cyclists hailing from Colombia, with three riders finishing inside the top ten at the Tour de France last year. Rigobert Uran finished seventh with the EF Education First team, while experienced Tour campaigner Nairo Quintana claimed eighth position in the rankings.

Although the Tour de France was dominated by homegrown cyclists during its early years, as the worldwide appeal and reputation of this magnificent endurance race grew, so did the international flavor and contingent of competitors. Interestingly, the Tour hasn’t been won by a Frenchman since 1985, although the latest +800 cycling betting odds for Thibaut Pinot would suggest he stands a great chance in 2020.

Pinot certainly faces an extremely difficult challenge ahead, if he’s to ensure there’s a homegrown winner of the Tour this year, yet the 30-year-old Groupama-FDJ team leader is full of confidence ahead of his 2020 campaign. Another homegrown hopeful is 28-year-old Julian Alaphilippe, who is aiming to improve on his fifth position finish at the Tour in 2019.

Interestingly, the last Tour winner to hail from France was Bernard Hinault back in 1985, when he won the race for the fifth and final time of his illustrious cycling career. More than three decades later, France is still waiting, although the competitive strength of local cyclists is gradually increasing year on year, which means a Tour win could be just around the corner.