Based out of San Francisco, Dirtybird Records has been turning out some tasty jams since 2005. Headed up by Barclay Crenshaw, better known by his DJ alias Claude Vonstroke, the record company was formed after years of frustration in the bay area’s EDM scene by a group of producer/DJ’s that called themselves the “dirtybird” crew. The coalition would set up free shows in Golden Gate Park for free and for anyone willing to come and dance. Now, almost ten years later, Dirtybird Records boasts top-billing artists like Justin Martin, Christian Martin and J. Phlip — one of the few (and most attractive) female DJ’s on the scene.

Short after the creation of the label, Dirtybird was able to land licensing gigs with the CSI Season 9 premier, Nike, and Lincoln Mercury. The Martin Brothers (Justin and Christian) had the number 1 song on Beatport and Claude Vonstroke was hand picked to DJ one of Diddy’s beach parties in South Beach. 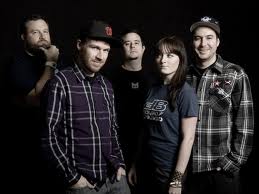 The music coming out of the record company has been described as “booty house” “dirty house” or “bass house.” Whatever you want to call it, it’s really some of the most funky, minimal electronic music on the market and is on it’s way to becoming the next big thing. They’ve even landed their own stage at HARD Summer this year and a summer-long residency at the world famous Sankeys club in Ibiza.

With the world of EDM constantly evolving, it’s tough to say where exactly we’ll see DBR go from here. However, if their mass amounts of success in less than ten years is any indication we should be seeing lots more from this talented group of booty-shake inducing producers.