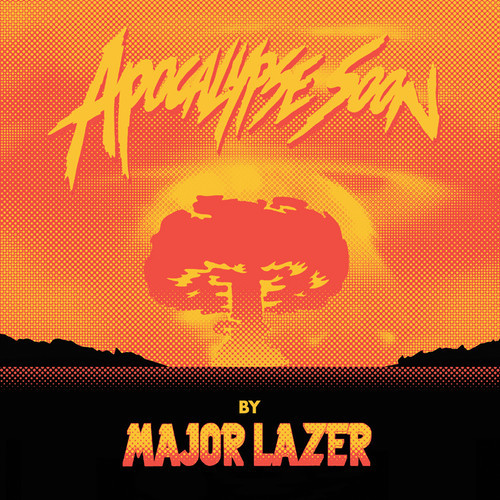 Mad Decent’s poster child, Major Lazer, released their new EP titled Apocalypse Soon this past Tuesday. Despite some changes in membership over the years, this is seventh EP released by Major Lazer on top of two studio albums since the group first formed in 2009.

Apocalypse Soon consists of five tracks in total, with some notable guests from the Hip-Hop world such as Sean Paul and Pharrell. This EP is straight funky, opening with Pharrell William’s deranged, Moombah-Step ballad titled “Aerosol Can”. Pharrell’s generous use of quote-unquote, the N word, and Major Lazer’s latin-style drum arrangement will easily remind you of your childhood.

Although Sean Paul has never been my niche, “Come On To Me” could be considered one of the better tracks from his career and takes us back to Major Lazer’s “Guns Don’t Kill People…” days.

Continuing on, Major Lazer spits out some real bangers for you with “Sound Bang” and “Lose Yourself”, throw those on and tell me you’re not dancing in your seat wishing your Macbook speakers weren’t so blown out from all the dubstep you played three years ago.

Closing with “Dale Asi”, a track fueled by Hip-Hop beats and sliding synths overlaid with Spanish vocals, Major Lazer embodies everything they’ve aspired to be: a seamless blend of Reggaeton-Electro-Dance Hall.

While this is going to be a successful release for the trio, Apocalypse Soon in no way could be considered their best work. We should definitely expect to see some awesome remixes come off this EP throughout the year, especially as festival season gets closer. So if Major Lazer’s newest release didn’t blow your pants off, at least we should have that to look forward to.