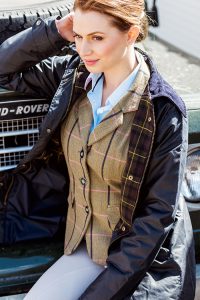 Aside from ‘the business’ aspect of shoot days where people from all over the world travel to the UK and pay to experience this first hand, there is also an environmental element to shooting Grouse as just one example bird.   They live largely off plants like Heather and other various plants in the countryside which need to be preserved not only for the birds themselves, but also for other grazing animals, so keeping things in check generally is the right thing to do.

Most of the worlds meat eating population equally love to eat everything from chicken through to pheasant which has been one of the ever-present dishes in most rural restaurants for many years, especially during shooting season.

After this experience being around for such a long time, it has become an event in many people’s calendars, where the opportunity to get dressed up in full tweed outfits is difficult to resist.  Companies like Rydale have supplied the best British country attire for many years and have cemented themselves as one of the very best due to the quality of product.  Thankfully this country pursuit is no longer only the pastime of the aristocracy like years gone by, but available to most people who delight in dressing up for their very own photo session with friends and generally enjoying the whole day and experience.