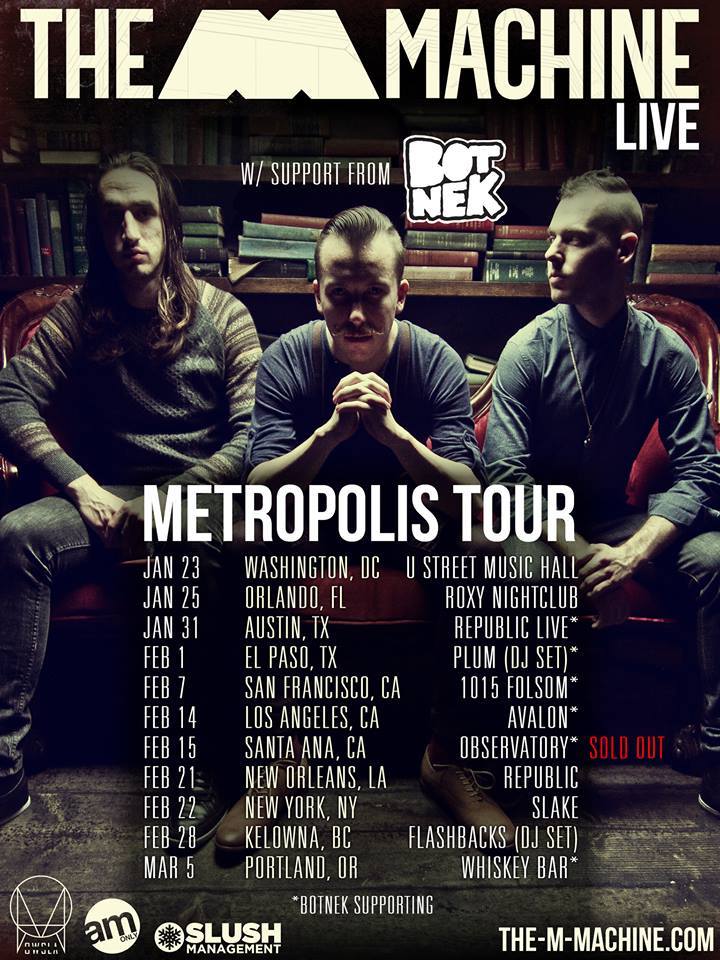 After multiple successful releases on the all-powerful OWSLA label, San Francisco trio The M Machine continues their reign of domination by heading out on a eleven-stop North American tour with support from Canadian duo Botnek on select dates.