Snow blankets the streets, mistletoe adorns the doorways of college kids, and that guy dressed in red is ringing that damn bell outside of Wal-Mart for the Salvation Army.  Merriment and peace fill the streets like car exhaust on your Monday morning commute.   Truly, this is a magical time for all.  Having said that, it’s time to get out of the dumb and cold place that you live and head for Scottsdale.    That’s right—The True Music Festival is coming.

As you may have noticed, we’ve been keeping a pretty close eye on this festival, and with good reason.  With big names like Bassnectar and Griz, how could we not?  As the 14th creeps closer like your bogus sedan sliding down an icy road, the fellas over at TMF continue to reveal more details that are both thrilling and perplexing.

From the beginning, the festival has offered several types of tickets, ranging from the run-of-the-mill GA passes to the upscale, Scottsdale-style TRUEVIP pass.   Until recently, there wasn’t much reason to make the upgrade from regular VIP to TRUEVIP; that is, until they released a key bit of information.

According to a recent Facebook post, TRUEVIP pass owners will have the ability to skydive into the festival.  Seriously. 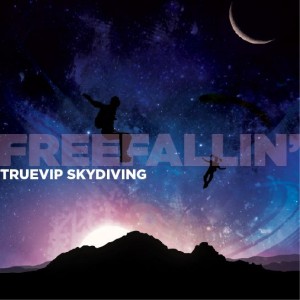 That’s not even the extent of the madness.  Once inside, TRUEVIP members will be treated with a personal cocktail waitress, a personal menu with catering provided by Arizona’s finest chefs, and, oh yes, an executive bathroom.

Can’t quite afford the VIP treatment? That’s okay, neither can we, but if you’re an ASU student, you have about 8 hours left to cash in on a special promo code that’ll shave $20 off the top of your GA ticket.  (The code is ASUTMF, but you didn’t hear it from us).

On top of all this, the festival has announced a first-come, first-serve pre-party with a DJ set from Capital Cities on the night of the 13th, at the INTL Champagne bar / Boutique Nightclub. TMF promises an intimate experience with one of the biggest acts of the festival, so don’t miss it.

The guys over at TMF aren’t pulling any punches for this debut, and with the ferocious lineup, we’re expecting nothing short of an explosively good time.

The True Music Festival will be gracing the valley for the first time on the 14th, and the JNTM crew will be there, keeping you updated on each and every funky detail.  Until then, follow them on the proper social media sites, get your tickets, and swoop up those TRUEVIP skydiving passes before it’s too late.  We’ll be on the ground, waiting for you.