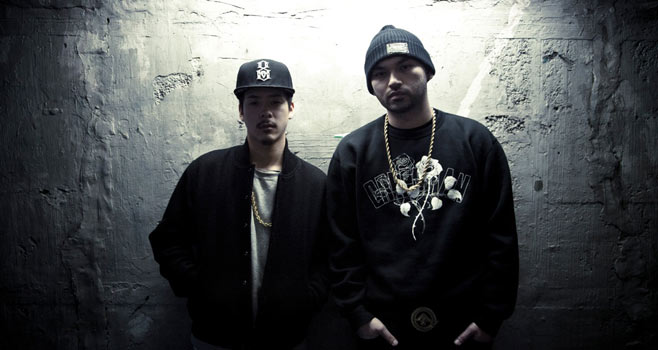 The Japanese duo of disk jockeys individually known as Ses and Noxin, collectively known as Watapachi, have been making noise worldwide for some time. I say some time, because I don’t actually know how long it’s been. Let’s call it three years. That’s probably wrong. What I do know is that these masked crusaders of dope ass beats just dropped their new Black Onyx Mixtape and it bumps harder than a fat boy in a club on Saturday night (that’s me!)

While they may be Japanese, Ses and Noxin spent a lot of time in the United States during their youth and picked up an ear for that Western boom bap, which explains why my freedom-loving ears just can’t stop clamoring for more from these two talented young fellers.

Shut your mouth, close your eyes, take off your pants and hit play. Come back later and tell us how much you enjoyed this melodic racket of trap, drum and bass, hip hop and other genres. You probably won’t come back, but at the very least, do take your pants off and jam.