Last week the OWSLA camp continued its ceaseless campaign to dominate EDM airwaves with a release from yet another unique up-and-comer. Wuki‘s Framework EP is the latest installment in a series of extended plays spanning the course of the past year through the Nest IV subscription service. (Fun fact: the first release was none other than Skrillex’s Leaving EP.)

I know what you’re thinking: “we’re not worthy”.

Wuki tastefully dishes out an abundance of self-described “Booty Tech” on the first three songs, including the title track, (you guessed it) Framework. He also incorporates just enough electro and dub elements to keep all the bassheads at bay. The fourth track, Di Air, sounds a lot like an early 00’s Timbaland/Missy Elliot track on speed, which is awesome. 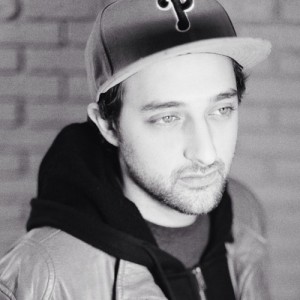 The Denver-based producer/DJ was even so kind as to include a VIP remix of one of the hotter joints on the EP, Happy Accidents.

It’s becoming more and more evident that Skrillex and his band of OWSLA-nauts are here to push the EDM envelope, enlisting innovative artists who are both talented and brave enough to develop new breeds of music. It’ll be interesting to see what sort of groundbreaking sounds the boys over at the Nest are planning to dish out as the year progresses.

Comment and let us know what you think of the EP and check out some more tunes from Wuki and team OWSLA here: