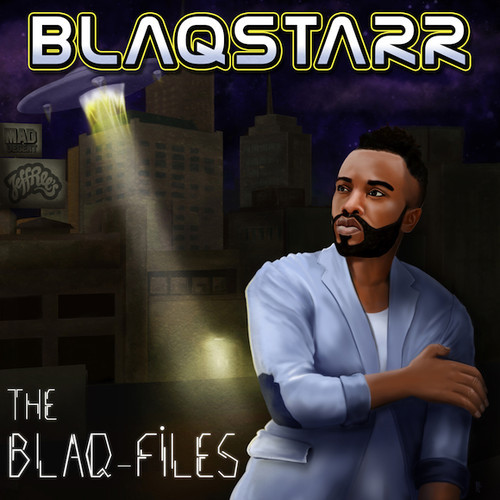 Mad Decent has released four remastered Blaqstarr tracks as a part of the latest installment of the Jeffrees series. Also known as Charles Smith, Blaqstarr was an innovator of the “Bmore” style of club music, made popular out of the Baltimore area and known as one of the more dirty styles of breakbeat/ghetto house hip hop that would later inspire EDM and dance music artists across the US.

Diplo, founder of Mad Decent, had this to say upon the release of The Blaq-Files EP:

Blaqstarr was the first US artist I released on Mad Decent. He might have been one of the reasons I started the label. Bmore club was this faceless, crazy, frenetic and scary dance music, not unlike the city itself. I thought Blaqstarr was the real star of this world.

Almost a decade ago, many times I traveled down to Baltimore and sat in Blaqstarr and his brother’s house, guns peeking out under the mattresses, blunt wrappers everywhere, computer guts laid out on what might have been a shelf turned into a desk, loose weights and blank cds all over the carpet. Blaqstarr would make his music with no chorus or verses, just chants, curses, girls screaming “Blaqstarr” and other random ideas thrown on the track – sounding the same way his brother’s house looked.

There’s no rhyme or reason, it’s like the ghetto spontaneously combusted into music. If Bmore was a full fledged music scene, then Blaqstarr was Hunter S Thompson. While most producers were making records for the radio, Blaqstarr was making a soundtrack to murder people with by using a screaming Lil Jon sample played like a piano.

Oh and did I mention he could sing and in a crazy falsetto like Al Green. These are some of the records that got lost from that era before Hype Machine. We want to document what the real Bmore sound was about.

Hopefully, this release will inspire Blaqstarr to get back into the studio to do update his discography with some more EDM driven, ghetto house bmore music. I for one would love to see this release get picked up and inspire producers everywhere to go back to the dirty, ghetto club scene.