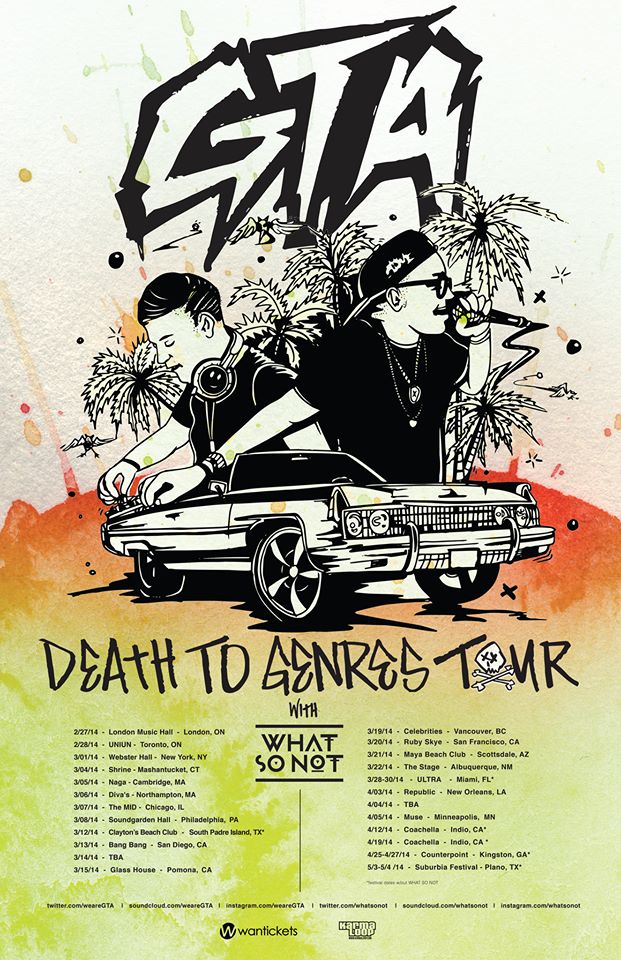 Miami duo GTA will be taking to the road starting next month, bringing another JNTM favorite, What So Not.  The twenty-three-stop tour will feature shows across North America (and Hawaii) and will include performances at festivals like Winter Wonderland, Coachella, and Ultra Music Festival.

GTA and What So Not both had HUGE years in 2013, making this tour very highly anticipated, that, along with the fact that this will be the first US tour for Aussie duo What So Not. Huge.