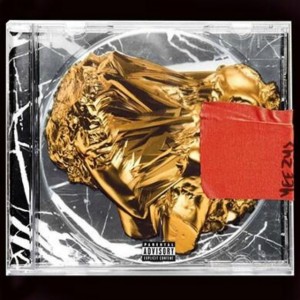 After the success of his last album, “My Beautiful Dark Twisted Fantasy,” which walked away with three Grammys in 2010 (including one for Best Rap Album), Kanye West has officially announced the release date for his newest album, “Yeezus” as June 18th.

West has been pushing this new release pretty hard with projections of miscellaneous pictures broadcasting across New York and a recent appearance on Saturday Night Live.

The album, according to certain reviews and comments from those close to Kanye, has a dark and gritty feel to it with commentary on consumerism and — you guessed it — black people in America. The title also suggests a somewhat religious tone to it, along with Kanye’s undying obsession with himself.

It has also been confirmed that French duo Daft Punk was included with the production of the album programming drums. Other collaborators include Frank Ocean. We’ll keep you posted as the updates come in!

UPDATE: Kanye’s newest album Yeezus has leaked and is streaming at Your EDM. Listen here.

West has surprised audiences with this new album by turning in a completely different direction  from previous attempts. It’s hard to call this album “hip hop” because each track uses samples and instrumentals that no one could label as a rap song. Tell us what you think on our Facebook page.