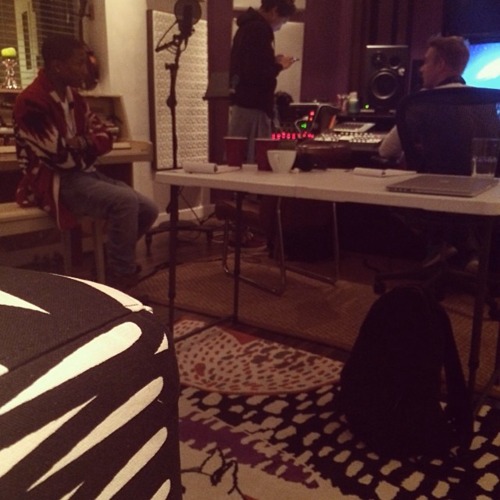 “Aerosol Can” was the first record I heard from Major Lazer’s Apocalypse Soon EP, and given my love for dance-hall inspired “riddims,” I was immediately hooked on the verses, the sound designs, and the overall production of the original mix.

Major Lazer stayed true to their style with this one, and for that reason I was already stoked. The forever killin’ it vibes of Pharrell accompanying the track brings it to the next level. Without missing a beat Williams flows, seemingly breathless through the whole track with lyrics that also stays true to the Lazer style.

Hearing it for the first time I thought, “fuck yeah, Major Lazer. Get it.” My second thought thereafter was, “I can’t wait for some sort of ‘trap’ remix.”
My hopes came into fruition when last week, the king of the “refix,”  Mr. Carmack dropped a bangin’ edit of the track.
[soundcloud url=”https://api.soundcloud.com/tracks/137090962″ params=”color=ff5500&auto_play=false&hide_related=false&show_artwork=true” width=”100%” height=”166″ iframe=”true” /]
Carmack’s remix, in my opinion, is an example of how a remix should be; reminiscent of the original, but a completely new take on the track itself. Carmack did just that as he used very selective samples from the original mix, and even adds new vocal samples to give the original mix a swift kick in the pants, such as the deep patois reggae vocal sample that accompanies the build up.
If you know me at all, nothing hypes me up more than patois reggae vocals, which before the first break, hooked me in immediately. At that point I knew I would hearing this remix in many live sets to come.
The drop hits you like bars of soap inside of a sock. The first 808 hits on the fourth beat in the first measure, as we’ve heard in many of the other mainstream trap tracks you’ve heard in the past year.
These toned 808s continue throughout as the melody is carried by a catchy and raw synth, while minimal vocal samples from the original Pharrell verse act as percussive grooves in the overall mix.
This “refix,” as it were, is less than three minutes which goes to show that it was made purely for the use of fucking shit up in a set. Needless to say if you aren’t familiar with Mr. Carmack, you best familiarize yo’self.
Major Lazer’s killin’ it, obviously Pharrell is killin’ it, now you know Carmack is killin’ it. It’s going to be a great festival season ya’ll. Get ready. And get ready to hear this track in many a set to come.