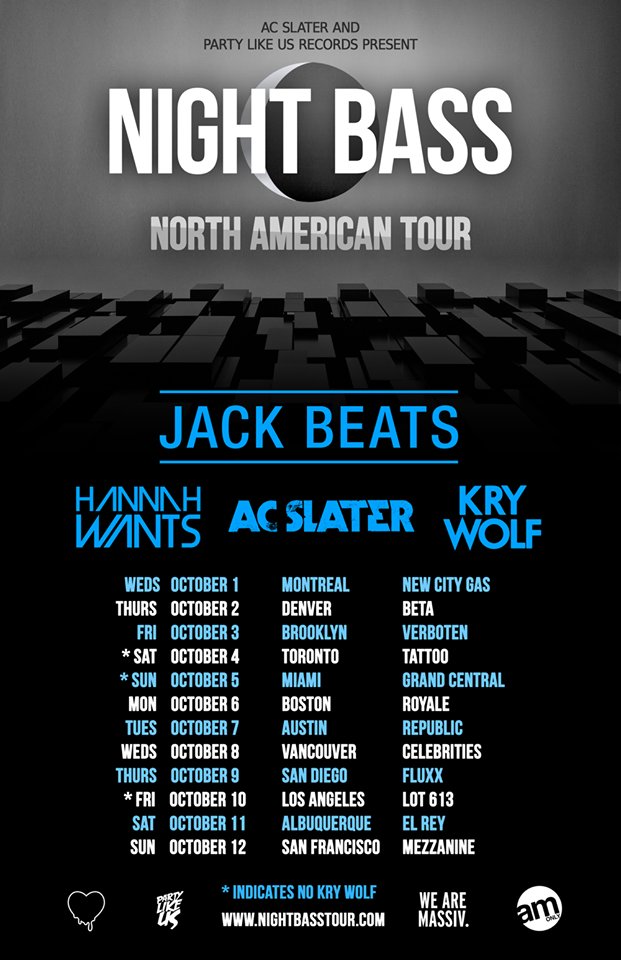 Bass fans rejoice. Some of the biggest names in the game are heading out on an exclusive North American tour. For those out of the loop, Night Bass is a regularly occurring show in Los Angeles featuring the best of the best garage/future/booty house all-stars like AC Slater, Petey Clicks, Bones, and many more.

With one of the most STACKED lineups for this genre, the Night Bass North American Tour features Kry Wolf, AC Slater, Hannah Wants, and Jack Beats. If your brain isn’t melting already, wait until you go to the show.

The Night Bass North American Tour will be a twelve-stop tour hitting cities like Denver, Albuquerque, and Brooklyn, where the Night Bass show was originated.