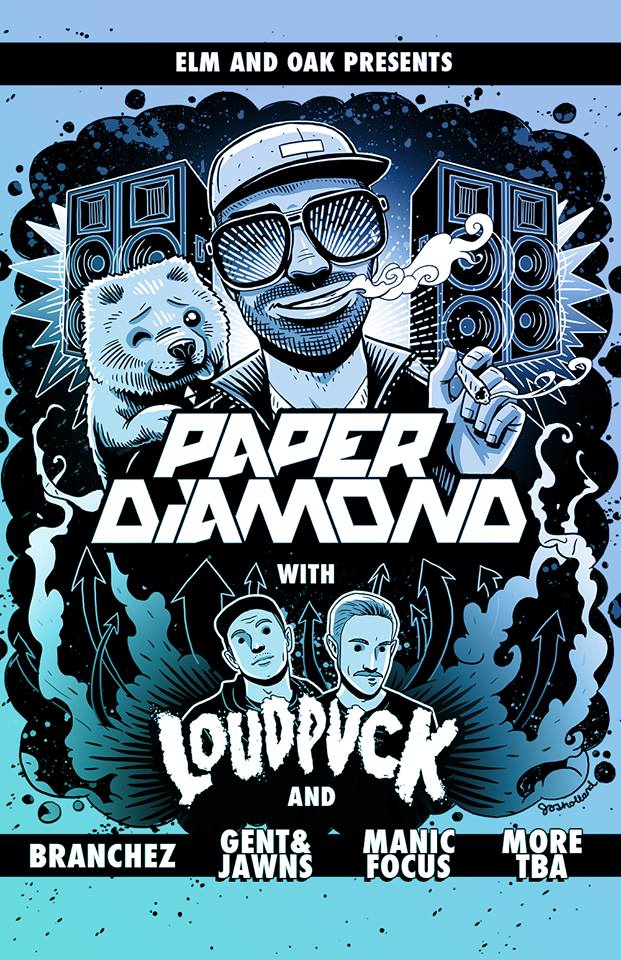 Paper Diamond has just released dates to his Night Vision tour, along with a half hour mix that will completely blow your mind. The thirty-stop tour will start in Dallas at NYE Festival Lights All Night and will end in early March in Fayetteville, Arkansas, with support from artists including LOUDPVCK, Branchez, Gents & Jawns, Manic Focus, and more TBA.

Paper Diamond, who is coming off of an incredible 2013, is sure to have an even better 2014, this tour included. His mid-day performance at HARD Summer was incredible, and his set closing out Day of the Dead was even more impressive.