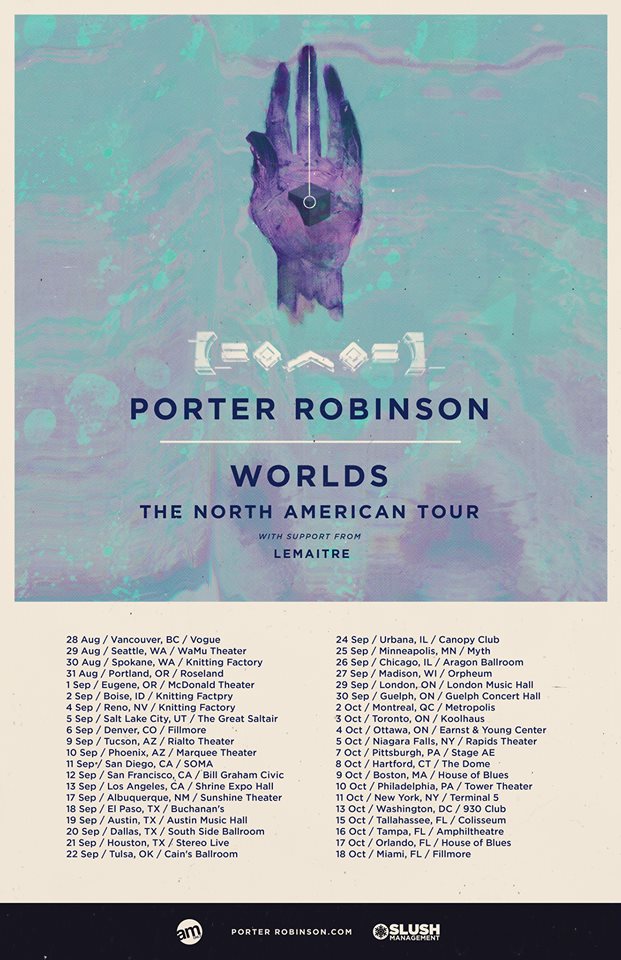 This fall is going to be huge for Porter Robinson fans as he sets off on a forty-stop North American tour. Starting in August in Vancouver and ending in October in Miami, FL, Porter Robinson will be dominating the US and Canada in support of his newest album, Worlds.

With support from Norwegian producers Lemaitre,  the Words North American Tour will be one for the ages. If you haven’t seen Porter Robinson on tour in the past, you will definitely want to check him out this year.

Tickets for the Worlds North American Tour go on sale this Friday, May 22nd. Check back right here for more information!