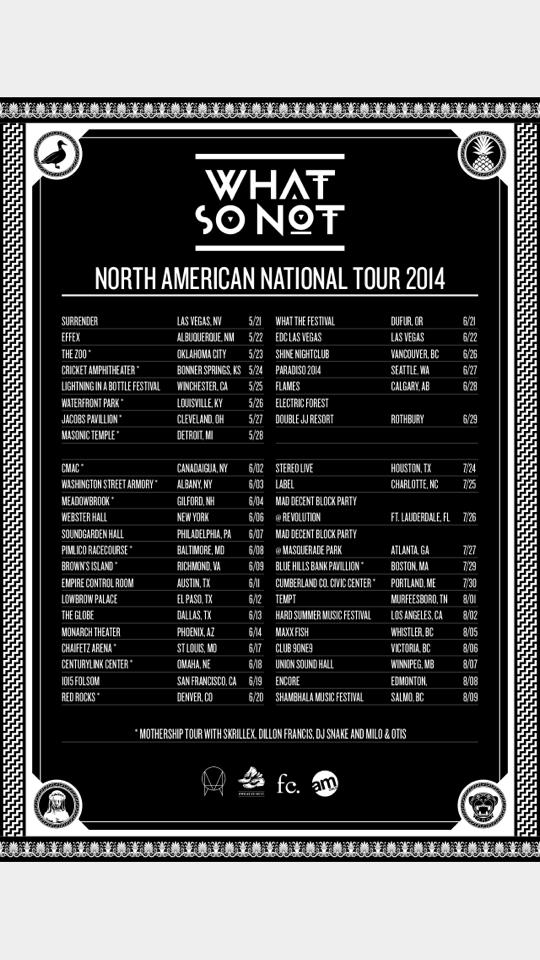 Today just seems to be the perfect day to announce your North American tour. First, we heard from Porter Robinson who is taking off on his Worlds North American Tour, and now we get tour dates from our two favorite Aussies, What So Not.

Flume and Emoh Instead will be keeping themselves extremely busy over the next few months as they head off on a massive North American Tour. From Vegas to Cleveland to Phoenix to Vegas to New York to British Columbia, these guys are going all across the map to wreck your ears.

The only question now is if Flume will play these dates as well… I guess we’ll have to wait and see!

May 25th // Lightening in a Bottle Festival // Winchester, CA

Tickets go on sale soon! Check back right here to Just Noise To Me for more info!