Thomas White might not be a well-known name to most in the EDM community but I have been following his work as co-founder of Montreal-based imprint RAW Records for just over a year. What first drew me to the experimental trap/juke label was a the deliciously bass heavy SWOD EP from up-n-comer Booty Hunt. 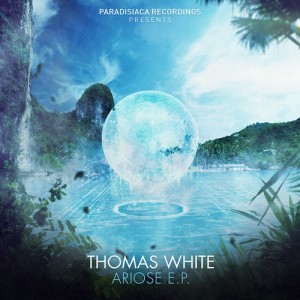 Thomas White is featured on the EP with a remix of the track Thick Gurlz.

White’s most recent effort comes in the form of Ariose which is being released through Paradisiaca Records based in the Netherlands. The EP borrows from the Dutch beat scene that we have seen in artists like Wantigga and Moods.

The record opens with the laid back Au Ciel which features a screaming synth layered over what I can only describe as chopped static. The title, and arguably best, track  Ariose utilizes a feathery vocal sample as it’s locus before evolving into a funky off-rhythm dance tune perfect for the beginning of a future-house mix.

Remixes with RAW label mates Dear Lola and Seapoint leave a little to be desired. Don’t get me wrong, I am actually a big fan of both artists but in this case the parts are greater than the sum. There is a good “festival trap” type moment at the end of the Dear Lola collab.

The EP closes with a remix of Ariose which brings new energy to the laid back track. Taste Tester add’s his signature sound creating a nice little juke rework.

Ariose can be purchased from Paradisiaca here.