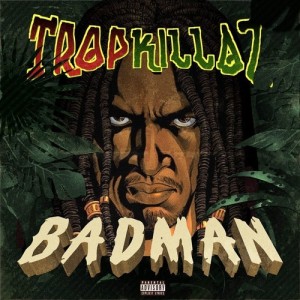 TROPKILLAZ might not get as much attention as their trap contemporaries but they have consistently released some of the heaviest tunes since they started releasing tracks just over a year ago.

The Brazilian duo typically drops at least one track a month and January is no different. “Badman” features off beat reggae guitar and a typical Jamaican vocal sample. The duo has released the track for free.

The relatively old duo comprised of DJ Zegon (Kanye West, Ol Dirty Bastard and David Byrne) and Laudz (Dr. Dre, Snoop Dogg) has yet to release a full length or E.P. but seems content treating the world to bass heavy tracks played around the world.

We should expect to hear more Rasta-inspired tracks from the duo in the future as they just returned from Jamaica and had this to say,

We just got back from Jamaica,we recorded a bunch of songs there.here is a little taste for you…SPREAD the Word If you’re feeling the track click that [↻ Repost] button tho!

I’m still holding out for a TROPKILLAZ festival appearance stateside but I’m sure this a dream that might never come to fruition.