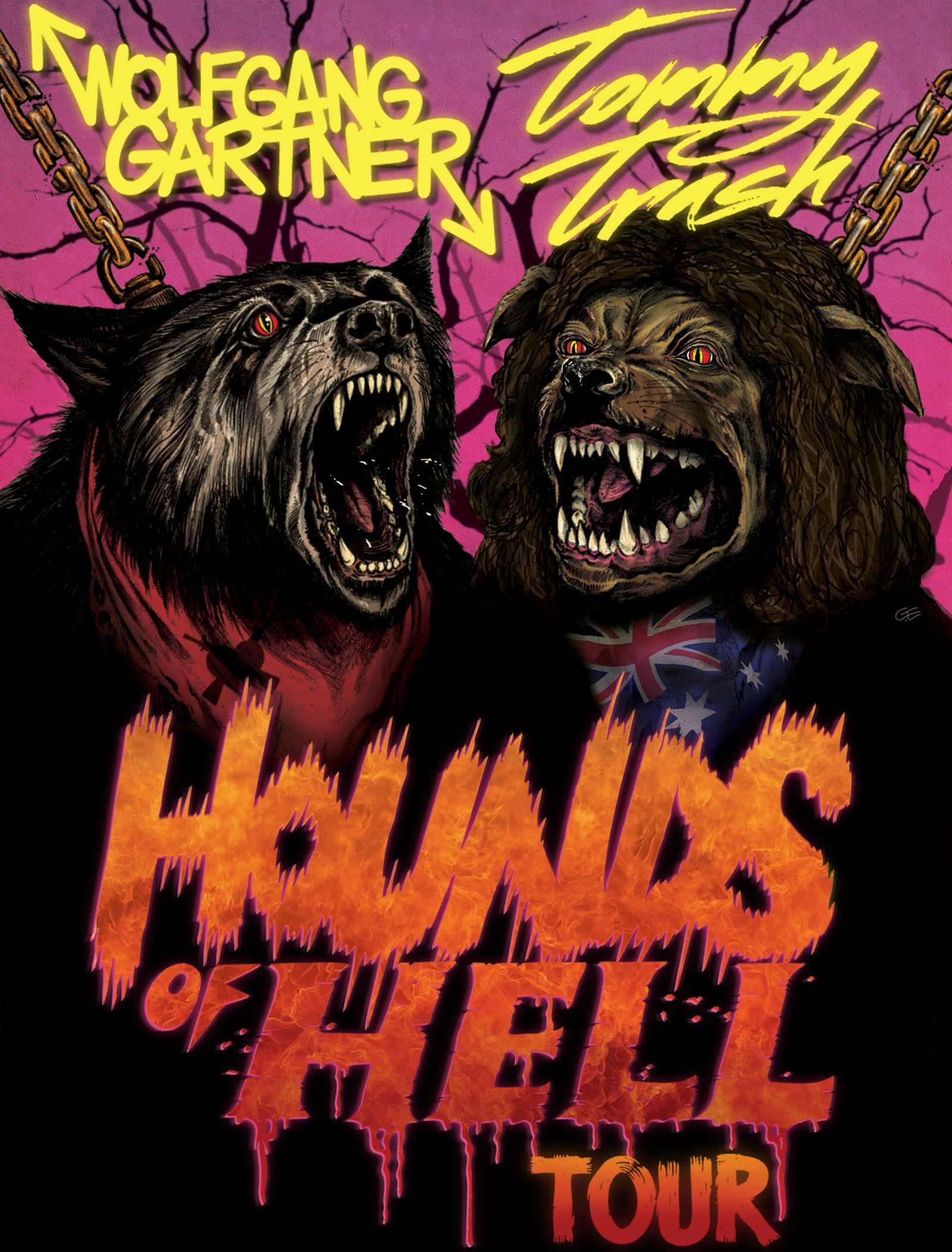 Since the festival season is coming to an end, it’s time to start preparing for a fall full of tours, and what better way to head into tour season than with two of the biggest names in progressive house music.

Wolfgang Gartner, known for his incredible remixes and collaborations with artists like

Deadmau5 and Tiesto, has been seen at Coachella, Camp Bisco, and Festival D’ete De Quebec, while Tommy Trash, quite possibly the biggest name to have come from the land down under, can be seen at Electric Zoo in New York as well as HARD Summer in Los Angeles.

As two of the biggest names in EDM join forces, this is a tour you do not want to miss!

Wolfgang Gartner and Tommy Trash have released a new track which they premiered on their first leg of the Hounds of Hell tour. Check it out!