With the dust from HARD Summer still in our eyes, nose, and mouths, one would think it would be difficult to imagine going back to the Los Angeles State Historic Park for another weekend of incredible music, people, and partying. However, with such a successful festival to look back on for the summer (and a few days of sleep), we’re already geared up and ready for what is sure to be another kick-ass two days in LA at HARD Day of the Dead 2013. 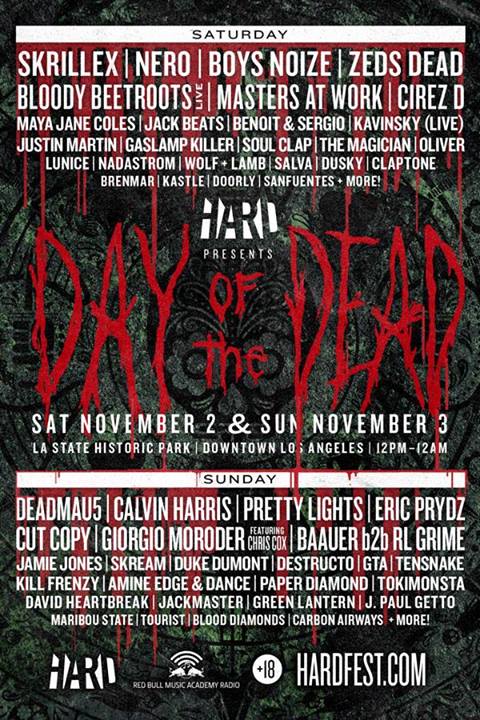 HARD Day of the Dead will be taking place Saturday, November 2nd and Sunday, November 3rd, 2013 at the LA State Historic Park in Downtown Los Angeles from 12PM – 2PM

Taking a look at last year’s HARD Day of the Dead in combination with this year’s HARD Summer, here are some technical issues we’re sure will be addressed:

For an updated lineup and promo video, click here!