Disclaimer: I didn’t have a chance to listen to everything that came out this year.  Honestly, there’s plenty that I didn’t consider for this list simply because it’s not really my style.  This is a subjective list, based on my opinions.

Disclaimer Part 2: Singles and short EPs didn’t make the cut for this list, there would simply be too much to consider.

Disclaimer Part 3: You’re getting tired of disclaimers, I know.  It’s a little late for a best of 2013 post, and I realize that.  But I needed the time to gather my thoughts, okay?

It was a massive year for EDM.  We saw the rise and fall of trends, the emergence of new artists and the dissolving of old.  Through it all, some artists really pulled themselves together to create masterpieces which broke trends, made us take a step back, and really think about where our music is headed.  I had a huge amount of fun discovering and sharing the diverse sounds of 2013, but there were just a few albums that really stuck with me.  Albums that I had on repeat for weeks on end.  These are my top five. 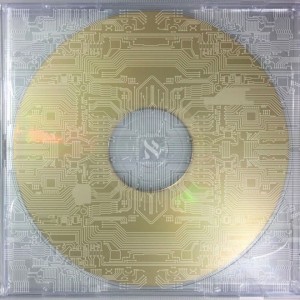 French House producer Gesaffelstien saw a big rise in popularity in 2013, from his collaboration on  Kanye West’s Yeezus, alongside big names like Daft Punk and Brodinski.  He also found a huge following with his remixes, taking on huge songs like Lana Del Rey’s Blue Jeans, and Justice’s Helix.  His hard-hitting, dark industrial style was a refreshing change of pace from the upbeat, happy-go-lucky vibe that was prominent in EDM in 2013.  Gesaffelstien’s newest album, Aleph, which was fully released in October, began to catch attention earlier on in the year with the release of “Pursuit”; an angry, progressive house song complete with unintelligible chanting, vicious beats, and intimidating melodies.  Although the album as a whole was not met with the same success as the single, Aleph’s disregard of trends in the industry and dedication to originality secures it as the number five spot on the list.

Okay, so technically, this release is an EP.  But the exclusive tracks released alongside Teddy Massacre bumps it up to a nine-song production, making it an acceptable album-length.  These Russian producers have been around for a few years, producing small EPs and singles with a classic dub/drum and bass style.  Their newest release, Teddy Massacre, sponsored by the one and only OWSLA, made a splash with its diverse take on the horror-oriented sound made popular by juggernauts like Knife Party and Dog Blood.  Featuring songs with swing and jazz influence, supported by interesting bass lines and thick drum sounds, the Teddy Killerz proved themselves to be powerful innovators in EDM, and we hope that they continue their streak into 2014.

3. A Color Map of the Sun by Pretty Lights 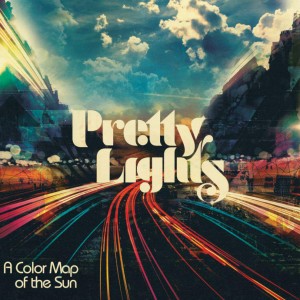 Derek Smith (better known as Pretty Lights) has long been credited for creating music that easily introduces people the concept of EDM.  His remixes of popular classics like Pink Floyd’s Time and Steve Miller Band’s Fly Like an Eagle began to turn heads and sway opinions as early as 2008.  Since then, he has become the proprietor of his own record company, Pretty Lights Music, which has gone on to sign funk-soul legends Grammatik and GRiZ, as well as push the Digital Liberation movement, encouraging artists to release their music free of charge for distribution.  In July, Pretty Lights released his newest album, A Color Map of the Sun.  Relying heavily on Smith’s gift from combining samples (all of which he created himself) with groovy beats, the album creates a pleasant, yet distinctly funky vibe front start to finish.  Although it leans slightly towards the mainstream with a premier on Conan, as well as a nomination at the Grammys, A Color Map of the Sun has cemented itself in the EDM scene as step forward for funk and soul. 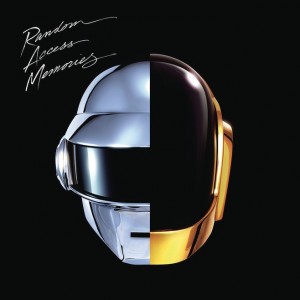 What “Best of 2013” list would be complete without the earth-shaking release of everyone’s favorite robo-duo?  I’ll spare you the Daft Punk backstory that you’ve surely read 20 times this year, and get straight to the praise.  RAM was a massive wake-up call for EDM is 2013, proving that the bar can be raised in more ways than one.  This album collected tons of hype in the month preceding its release, and many weren’t sure what to expect.  Would Daft Punk follow the trends and progression of the genre they helped create and release a dub-centered, aggressive and heavy production? Nope. Instead, Daft Punk shocked old and new fans alike by releasing a smooth and thoughtful yet goofy album that shook the scene by its roots.  The first track off of RAM, Bring Life Back to Music perfectly summarizes their not-so obscure message, and we hope more artists will take heed of these legends in 2014.  Here’s to hoping for more ground-breaking material from the boys this year.  (Also, Coachella?) 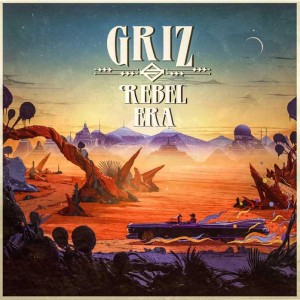 Grant Kwiecinski has been called a pioneer of musical expression, and that powerful, emotional expression shines bright and clear in GRiZ’s newest album, Rebel Era.  The album flaunts an air of defiance, Kwiecinski claiming it to be an act of rebellion against the oppression of capitalism, as well as a democratic government.  Besides the potent (and important) political statement carried with the production, Rebel Era contains the best combination of electronic music and live instrumentation I’ve heard thus far.  The beats in the album are, at times, slow and sensual, though the samples and horn instrumentation laid over the top build the songs in a visceral way, creating an outstanding and unavoidably danceable experience.  From the James Brown-influenced funk guitar licks to the perfectly placed and balanced electronic riffs, this album quickly became my go-to for every situation.  At parties, nobody hesitated to move to the main room and start dancing, all the while leaning over and asking “Who is this?”.  Rebel Era perfectly blended the fantastical, off-the-wall style of EDM, and the sultry, emotional style of funk and soul music.  We can only hope that GRiZ continues on his quest to liberate music, all the while keeping us on the dance floor.

I’m a massive disco-house fan, and to see Skream take a full 180 from his dubstep career to focus on disco was both hilarious and awesome.  Luckily for him, he completely nailed it, and I wouldn’t at all mind seeing Rollercoaster become the quintessential party anthem of 2014.