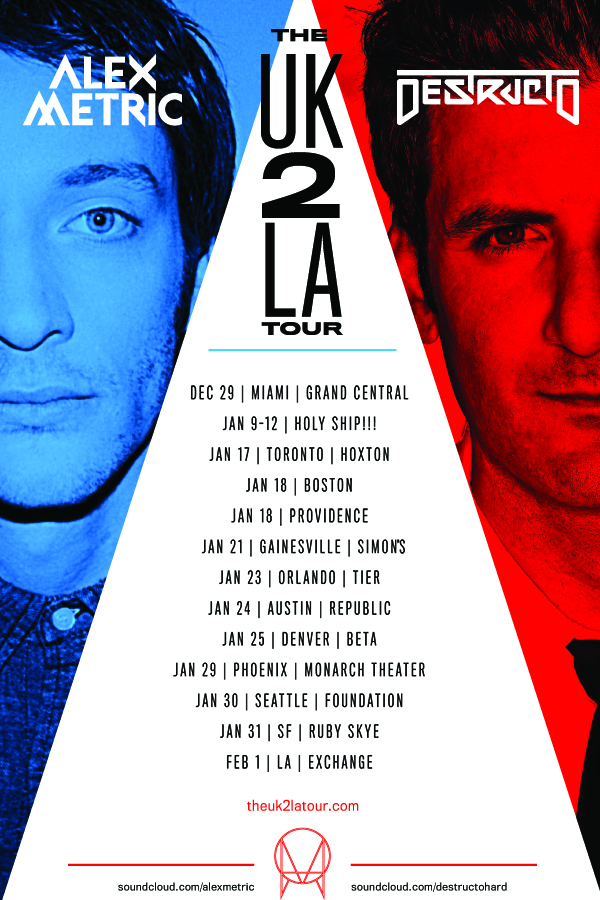 Up and coming phenomenon Alex Metric and HARD founder Destructo have just announced dates for their upcoming tour, The UK 2 LA Tour. From the end of December to early February, these two OWSLA artists will be hitting the stage all across North America as well as the open sea on HARD Holy Ship!!!.

Alex Metric, who was recently on tour with Zedd and Oliver, has only been gaining popularity with multiple remixes and original tracks like “Rave Weapon” and “Scandalism.” Destructo on the other hand has been staying busy with his multiple HARD events throughout the year, along with releasing one of the biggest tracks of the year, “Higher.”