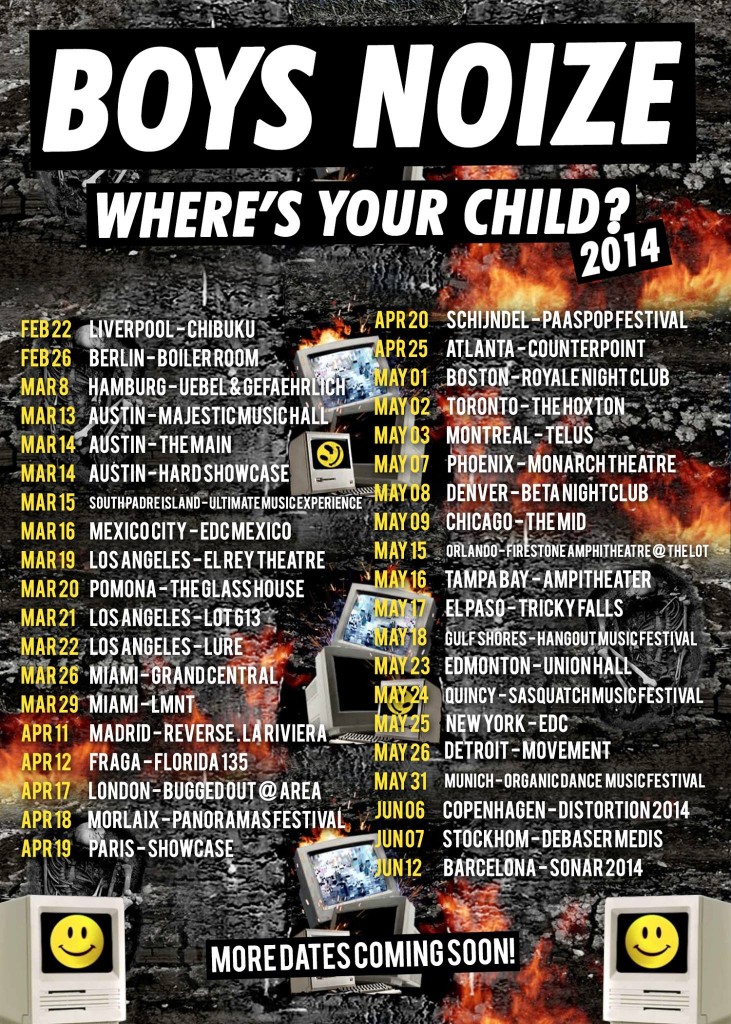 Alex Ridha aka Boys Noize is heading all over the world for his Where’s Your Child Tour. This thirty-nine-stop tour is by far one of the biggest Boys Noize has ever been on and will stop at iconic venues and festivals such as the Boiler Room in Berlin, EDC Mexico, Hangout Music Festival in Alabama, and Sonar in Barcelona.

May 2nd — The Hoxton — Toronto

Check back right here for more dates and ticket information!