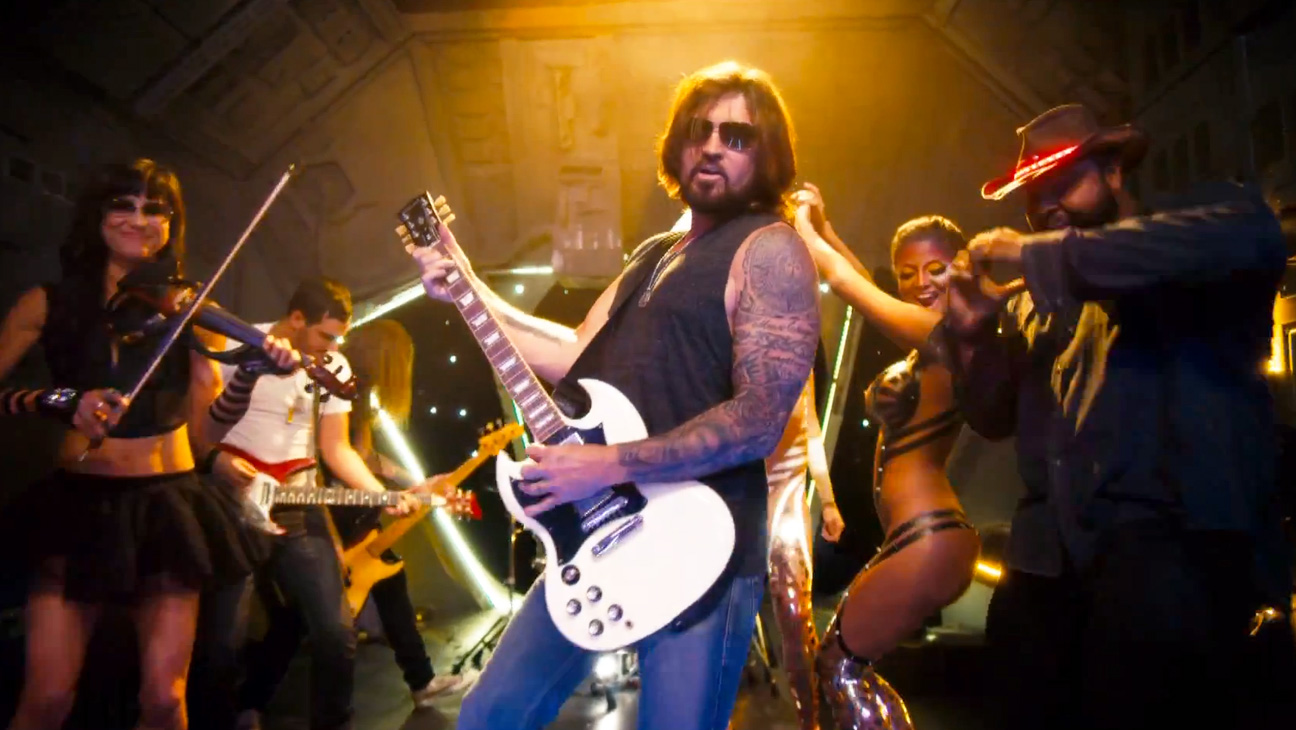 I have no words. For some inexplicable reason rapper Buck 22 teamed up with Billy Ray Cyrus to release a country themed trap tune. This is literally the worst of everything. The production on the beat is so mediocre and phoned in. There are honkytonk guitar solos accenting the melody.Oh yeah and the vocals include the lyric,

Billy Ray Cyrus contributes to the newly recorded hook scrambling to hold onto any of his own celebrity. Aside from the fact that the track is completely miserable, and void of any talent or effort it seems like a slap in the face to three different genres. Trap, hip hop and country. I would rather listen to an entire Toby Keith record than this weird mutant baby.

The only thing that is worse than the song is the music video. Somebody dragged Larry King out of the hyperbaric chamber where he staves of death’s cold hand, to record some half assed news bulletin about aliens invading.

Next, we cut to Billy Ray Cyrus walking home from a day of fishing only to be abducted onto some sort of twerk mothership filled with poorly costumed women shaking their ass through space.

I don’t know who is reaching more in this video. Is it Buck 22 who has now completely lost all street cred or Billy Ray Cyrus pretending that he is still a sex symbol despite the fact that everyone has basically seen his daughter’s vagina?

Blending country music with hip hop has never and will never work. Let us not forget when LL Cool J and Brad Paisley released the shit sandwich “Accidental Racist” last year which basically said, “Hey guys slavery and the civil rights movement were a couple decades ago so let’s just get over it? Ok? I didn’t have slaves, so just chill out black people!”

Mixing hip-hop and country is like eating a peanut butter and mayonnaise sandwich.

Not surprisingly, Billy Ray has stated that this song was done all in good fun and that it shouldn’t be taken too seriously, ” It’s so wrong, it’s right. Happy Valentine’s week…,” said the soul patch aficionado.