Hip Hop is Afraid of Macklemore. 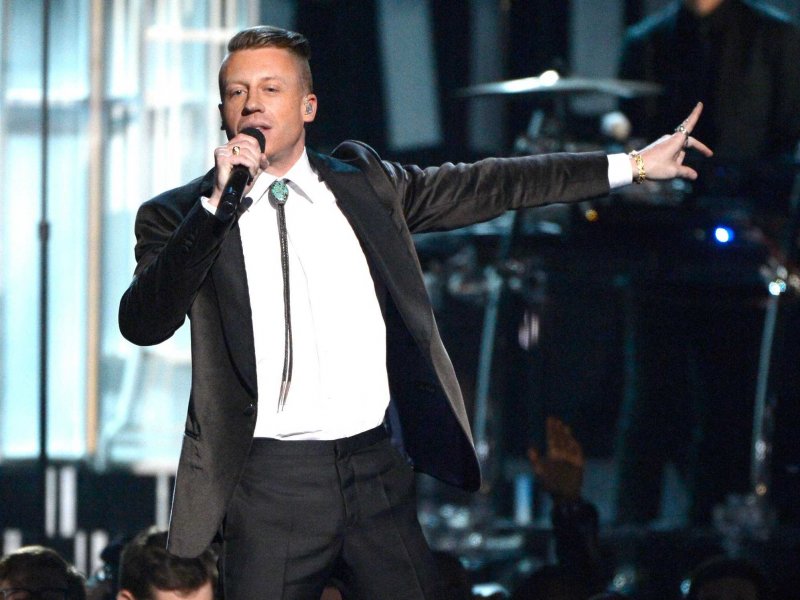 I didn’t get a chance to watch the Grammys (woe is me), but I did have the absolute pleasure to read about them on the internet. And what a pleasure it was.

In the interest of full disclosure, I too contributed to the explosion of similarly lame opinions that filled our social feeds at an incalculable rate. I was pissed off that Macklemore beat out Kendrick Lamar for any Grammy award, never mind four of them. Oh my god. It’s like Michael Jordan losing four game-sevens in a row. It’s like Peyton Manning throwing four picks on four straight drives. HOW COULD THIS HAPPEN TO US, KENDRICK? WHAT DID WE DO WRONG? WHERE DO WE GO FROM HERE?

I was truly upset that a big panel of people who don’t listen to the same music that I do didn’t give a gold statue to my favorite rapper.

But in retrospect, what’s really surprising about a decision like this? For one, the Grammys have never been about defining genre. Regardless of what you think, or how you feel about the subtleties of Mackelmore’s music, it’s been defined as hip hop. That just is what it is. Macklemore and Ryan Lewis are the first duo to ever have their first two singles reach the number one spot in the Hot 100. Macklemore is the first independent artist since 1994 to have their song go to number one. The song below is the last time that happened.

Macklemore won those Grammys last night for a lot of the reasons you’ve already heard, but mainly because it’s a great narrative. People love a great story, and every organization wants to make great stories. The Grammys are no different. Plus, let’s be honest. With the folks who are voting on these awards, what did you expect? Steely Dan beat out Radiohead, Eminem and Beck for best album in 2001. What a messed up year that was.

I’m not going to go into the details, but it’s plainly obvious that Grammy voters are exerting a large influence in categories where they really aren’t experts. It’s such a travesty, I know. (/s) Yeah, I really wanted Kendrick to win because he sure as hell deserves it, but like I said — the narrative is undeniable for both of them. Kendrick will get his; no doubt about that. GKMC may be a masterpiece, but The Heist isn’t exactly garbage. We’ll get over it. Kendrick will get over it. We all will.

But since all this has gone down, one thing has become truly apparent. There is a sect of hip hop fans who couldn’t be more eager to distance themselves from Macklemore. There couldn’t possibly be any more of an effort from this group to make it apparent that Mackelmore is absolutely NOT a part of the hip hop culture. It’s more feverish and desperate than A-Rod trying to distance himself from his alleged steroid use. So panicked. So desperate.

So what is it exactly that’s so threatening about Macklemore? For one, it’s that he’s white. There is no doubt about that. If it’s fair to infer that one of the reasons Macklemore won all of those Grammys is because he’s white, is it so outlandish to believe that maybe some of the hate towards him is also because he’s a white man finding success in hip hop who doesn’t rap about traditional hip hop things (a-la Eminem, Action Bronson and Mac Miller)? No, it’s not outlandish, because it’s stated plainly.

The top bubble in the above image is an actual message that Macklemore sent to Kendrick Lamar after the Grammys. The bottom bubble is the viral brainchild of somebody I feel inclined to say not-so-nice things about; it was shopped in to show just how important it was to hip hop for a panel of old white people to affirm their musical taste.

Honestly, that’s one of the stupidest things I’ve ever read. Shame on the child who wrote it. This Spin article really worked me up, too. Same with this New York Times article. Let’s not all act as if hip hop is a bastion of cultural pride and honor. Give me a break. I’ll listen to hip-hop until the day I die, but this posturing and moral grandstanding as if Macklemore stole something from the community because he pursued his passion (independently of a label, mind you) and achieved is a gigantic joke.

Exactly what is it that would have made the detractors happy? Should Macklemore have fought tooth and nail for his music to be re-categorized into a different genre? Should he have pursued another profession for the sole cause of not offending hip hop purists? The Spin article I linked to calls out Macklemore for Instagramming his “apology” to K.Dot, bitterly stating that it was only “because every magnanimous stance this guy takes must go public.” What a hypocritical and elitist stance to take.

As if media reports or the musing of artists or the general public aren’t subject to a response from the subject of such great disdain — as if the freedom to express an opinion is a one way street. What the hell is Mack supposed to do? He can sit there on his thumbs as he gets blasted by hip hop fans and the media (in a completely ignorant, angry and disrespectful way), or he can do something to show people that he understands that they might be pissed off by what just happened, and that he identifies with what they’re feeling. WOW, HOW NARCISSISTIC OF HIS WHITE PRIVILEGED ASS. Give. Me. A. Break.

The dude is gonna get nailed no matter what. He should be allowed to defend himself without you putting words into his mouth, especially considering he’s done nothing wrong besides work his ass off for more than a decade to reach the peak of his profession. And he pretty much said what we were all thinking. We’re going to vilify him for acknowledging that? Shuuuuut up. I mean, Chris Brown gets better treatment from the same community. Apparently, beating a woman is a lesser offense than being a successful, non-traditional white man in hip hop.

One of my biggest beefs with the hip hop community is how grossly hypocritical this whole thing is. In a genre with so much filler, so much monotonous bullshit, Macklemore is really your biggest worry? I’m not even going to address the remarks accusing Mack of pushing a “Gay Agenda”. How paranoid are you? You think Macklemore is trying to turn your kids into gays? Isn’t the hip hop community the same community that wants me to believe that their aggressive, violent and misogynistic music won’t rub off on my children? How is that consistent? 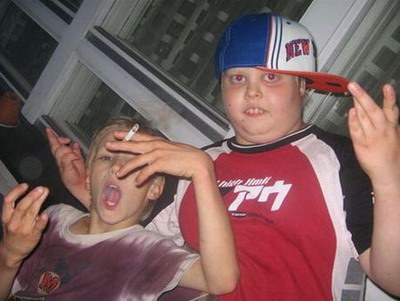 Hip hop made them do it.

Obviously, this fear stems from the Macklemore and Ryan Lewis’ single, “Same Love”. Hip hop purists don’t like Mack pushing his agenda using their music as his tool for propagation. This is where we get into the one-way freedom of speech thing again. Rap music has never been a stronghold for morality. Those artists exist, but they are certainly not the majority. Are we still talking about the same genre of music that has been attacked and vilified by mainstream media for years? After listening to interview after interview with faded rappers, I always thought that hip hop was about expressing your point of view, and telling people about where your from.

Hip hop is all about its freedom of speech and saying what you feel — as long as you share all of the same opinions as hip hop. I’m not saying you have to like Macklemore, I’m not even saying you have to appreciate what he’s making. I could hardly give a damn. But to run around and act like 1) he’s pushing a “gay agenda” and 2) he’s the biggest threat to the state of hip hop is complete and total ignorance. It’s sad, and it’s desperate.

Hip hop is really self-conscious right now and there’s something very off-putting about it. From the community’s need to have Kendrick’s talent affirmed by a Grammy, to their denial and subsequent attacks of Macklemore, there is a loud group that is very committed to controlling the message — Macklemore is not hip hop.