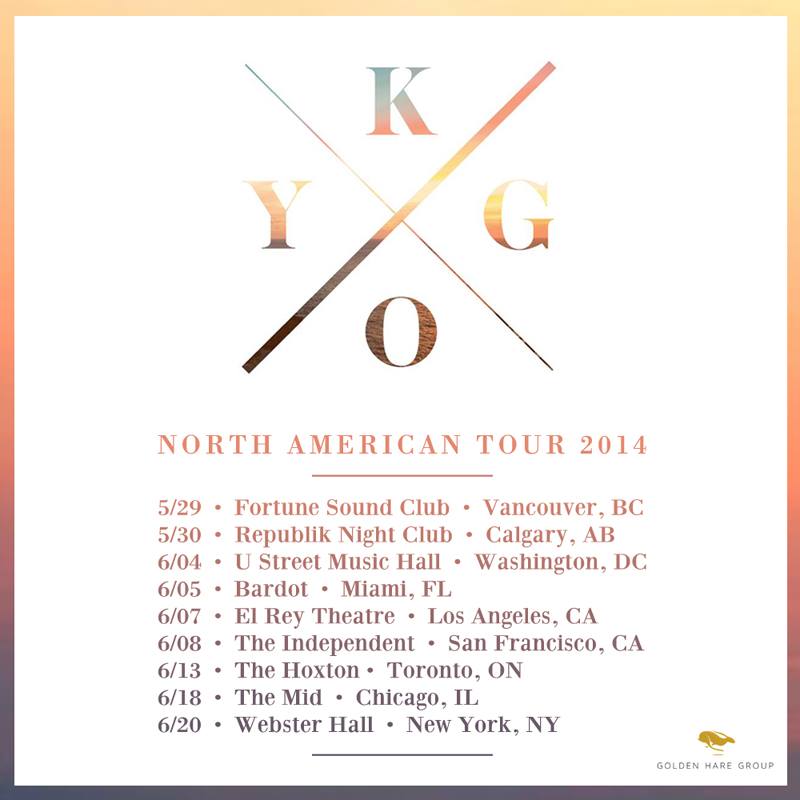 As the  Norwegian tropical house producer, Kygo, has released his latest free remix of M83’s “Wait” and his hour long remix for Diplo & Friends, he has finally announced his 2014 North American Tour. This Kygo North American tour plans on going through a multitude of cities such as Los Angeles, San Francisco, Chicago, Miami, and many more.