By now you’ve probably heard the rumors that two of hip-hop’s heavyweight champions Big Boi and Andre 3000 will end their 7-year hiatus at the Coachella Valley Music and Arts Festival in April of 2014. If not, feel free to step out from under the rock you’ve been living under and join the rest of us daywalkers in plain sight. 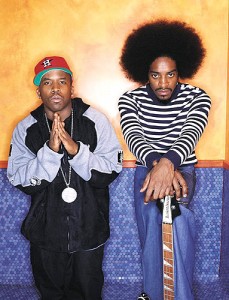 Recent reports claim iconic Southern rap duo OutKast is slated to headline the ever-popular festival in the spring as well as embark on a reunion tour which includes several other festival dates. The Atlanta natives haven’t shared a stage since 2007 and haven’t produced a collaborative album since 2006’s Idlewild.

Over the years Coachella has hosted its fair share of monumental reunions including the Pixies, Rage Against the Machine, Wu-Tang Clan, and countless others. A confirmed OutKast reunion would guarantee an emotional response: gazillions of hip-hop fanboys across the galaxy crapping their pants and crying 808-infused tears of joy (myself included). Keep in mind, these are the same cats who brought you Dirty South anthems like “So Fresh, So Clean”, “B.O.B.”, and “Southernplayalisticadillacmuzik” to name a few.

The rumors, however, have yet to be confirmed and the official Coachella lineup won’t be released until January. Le sigh. For now, all we can do is cross our fingers and pray to the festival gods that the Grammy-winning ATLiens will be on the bill this coming year. 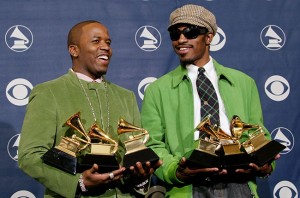 Be on the lookout for the second round of Coachella Weekend Pass sales. And let us know who YOU think will make the lineup this year in the comments below!