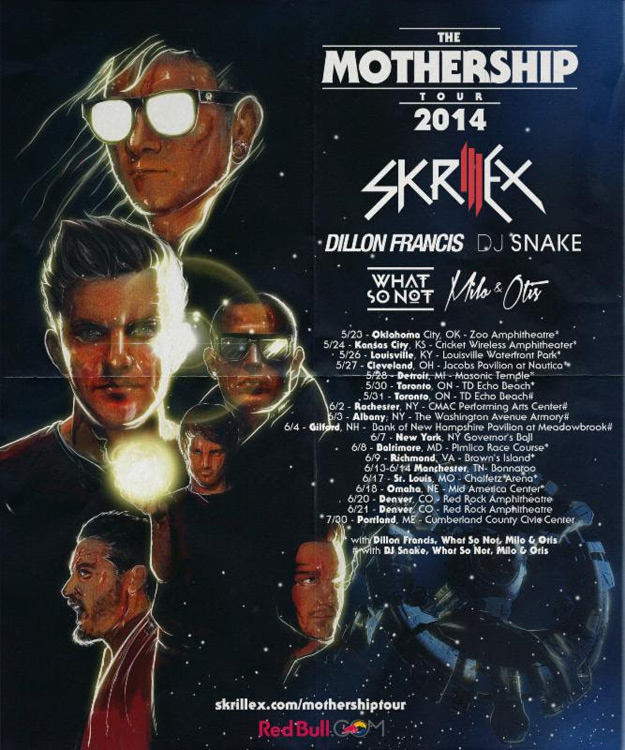 Fresh off the Takeover Tour and days after his AMA on Reddit, Skrillex has announced his Mothership Tour 2014 dates. With support from Dillon Francis, DJ Snake, Milo & Otis, and What So Not, Skrillex and friends will be heading on a 19-stop summer tour across North America on what will be one of the most anticipated tours of late.

Skrillex has also teamed up with Red Bull to help prepare for such an incredible event. The two camps have released this video showing what to expect this summer:

*with Dillon Francis, What SO Not, Milo & Otis

#with DJ Snake, What So Not, Milo & Otis