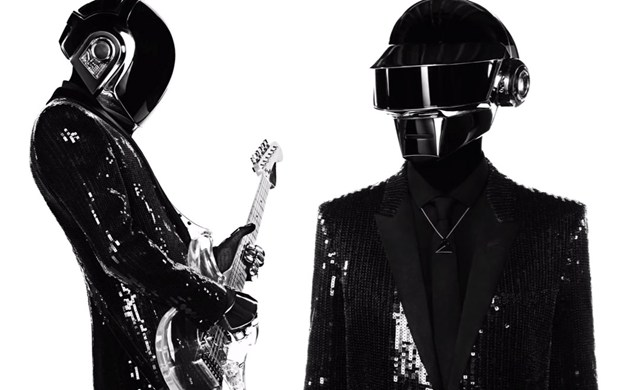 The interwebs were buzzing this morning with rumors of a new collaboration with Grammy-award-winning robots Daft Punk and hip hop legend Jay Z. At one point, people were even speculating that Kanye West was behind the project. After a while, bloggers and fans alike were closing the file on the case, claiming it to be a hoax.

However, an article by Pitchfork later confirmed this track as being completely real… a fact that really, really upset me.

In my opinion, the track is shit. The recording quality is bad and Jay Z’s flow and general style don’t match up with the “Computerized” melody. Don’t get me wrong. I’m a huge fan of both parties involved. Huge! This partnership just doesn’t cut it.

It seems as though everyone involved is trying way too hard to make this a good song. The chord progression is wonky and Jay Z rhymes “Blackberry” with “Blackberry…” Seriously? Even the cinematic strings toward the end of the song seem like they were added in last minute to give the song some extra umph.

The only redeeming thing about this track is the fact that it sounds more like the classic Daft Punk then anything on their award-winning album Random Access Memories which was made up of more real instruments as opposed to my preference of electronic and computer synthesized ones.

While it is still unknown as to when, where, or why this track was recorded, I personally am still hoping and praying that the track is a hoax — or at least something some bored sound engineer cut together with bootlegs.

What do you think of the Daft Punk Jay Z collaboration?