During one of the last weekends of summer, there were only a few ways people could celebrate the coming of Fall in Arizona. Maybe some folks decided to spend the day shopping in Tempe, or maybe people were exploring downtown Phoenix. There was, however, only one place to go for those who were looking for something a bit more wild. That place was Scottsdale for the Sound Wave Block Party 2013 .

This year’s event was one of the best of its kind to date; from some incredible up-and-coming acts to the world’s biggest and best DJs, Sound Wave was the place to be this past weekend. Incredible artists and an awesome energy filled both the outside street stage and inside the Maya Day + Night Club as thousands of people from all across the valley came together for one fun-filled day.

One of the first artists we got to check out was Arizona native Brazzabelle who had everyone at the Maya stage dancing for her entire set. As the sun beat down on attendees, Brazzabelle kept the party going playing some of the best big-room house, and lead right into another JNTM favorite, DJ Craze.

Craze was definitely a surprise to most of the Scottsdale crowd as he dropped the biggest and boomiest trap and hip hop tracks this audience had ever seen. He was also a great artist to watch as he was able to get the whole crowd to react to his set.

While Craze was killing it inside Maya, we also got to check out Miami favorites and artists on the rise, Brass Knuckles who are making some pretty big waves (no pun intended) in the EDM community by combining a traditional electronic setup with live instrumentation. They’re known for calling themselves a “band” rather than just another DJ group — which could not be more true. These guys completely dominated the street stage with their huge drops and sick guitar solos. 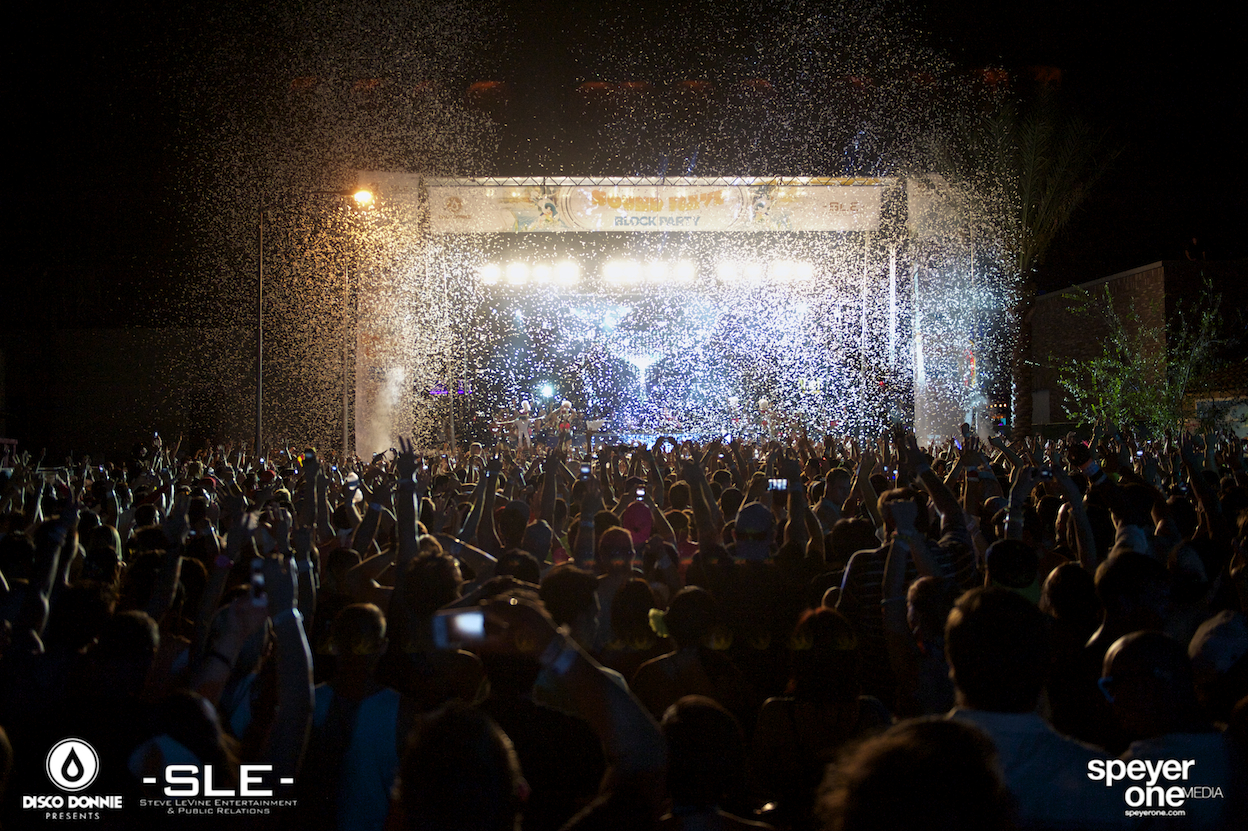 As the sun began to set and the audience continued to grow, another JNTM favorite took the Maya stage by storm. Drezo wasted no time with his performance at Sound Wave. Dropping some of the best deep house tracks including Brodinski’s “Nobody Rules the Streets” and his own secret weapon, “Rogue,”  Drezo had the Scottsdale crowd blown away.

Finally, as the opening acts were coming to an end, Porter Robinson took to the stage in his first performance in AZ since his stop in Tempe for his Language Tour in 2012. Simply put, Porter was one of the hardest hitting acts of the entire day. Playing a lot of his stuff featured in this year’s Ultra performance, it was no surprise that he had EVERYONE dancing and jumping in the streets.

Of course, what Sound Wave would be complete without a performance from a world-wide legend. Last year, the festival headlined with Kaskade, who was recently awarded by DJ Mag as America’s Best DJ. This year, Scottsdale was lucky enough to get the world-renowned and EDM legend Tiesto to end the festival. One of the best parts of Tiesto’s set was the fact that he played some of his older tracks like Elements of Life. Like Porter, Tiesto had the entire block party jumping and dancing well into the night.

As the night came to an end and everyone shuffled out of the venue with their ears still ringing from a day full of awesome dance music, there was hardly anything to complain about. All in all Sound Wave was a smooth running event that definitely put Scottsdale on the map as a hot spot for DJs around the world. We look forward to seeing what Disco Donnie Presents and Steve LeVine Entertainment have in store for the future!