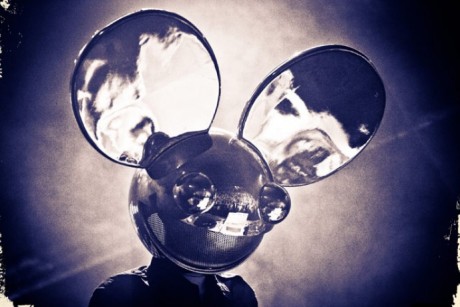 Deadmau5, who is notoriously whiny with his tweets, is actually somewhat right in his rant today. Dutch Hardstyle DJ Wildstylez has pretty much blatantly ripped off one of Deadmau5′ biggest hits, “Some Chords.”

and, ripoff of the year goes to: http://t.co/ssENmXc3qb

@deadmau5 heard this on the radio right before I started the track http://t.co/crgDWT2d8T But thanks anyway. — Wildstylez (@wildstylez) February 20, 2014

@deadmau5 Love your stuff, but you’re taking a little too much credits here.

@wildstylez go fuck yourself. seriously. yes, i am, in fact, taking credit for the melody i wrote. Are you telling me its yours?

Granted the Wildstylez version has a different break, the chords in the introduction are EXTREMELY similar and extremely noticeable to fans that only know some of Joel’s work.

I’m going to have to side with Deadmau5 on this one. I think that even if Wildstylez was going for the “Boogie 2nite” feel, he would have stopped himself after writing the intro synth line and thought, “hey, this sounds familiar.”

My guess is that the mau5 won’t press charges or anything like that, but instead will lash out via the internet. We’ll most likely hear some sort of song released within the next couple of hours or days that will poke fun at Wildstylez. Heck, I’d even bet that Deadmau5 tries to make the original “Some Chords” into a Hardstyle track himself.

Here’s, “Some Chords,” just for those who need reference:

Do you think this is a rip off? Or is Deadmau5 freaking out once again? Let us know!

As expected, Deadmau5 took to the studio to come up with a Hardstyle track of his own. Take a look at the tweets he’s been sending out over the past hour:

in the studio on http://t.co/0YuJ4SG8Sz lets make a hardstyle track YAY! should only take about an hour.

ill be in the http://t.co/0YuJ4SG8Sz chat + stream. i have vengance packs. this wont take long.

yeah. that was fuckin hard.

We’ll be updating this story as it comes along!

allright "hardstyle" dont get your kandi and glowsticks in a bunch… this is between me and a producer. not you. plur bro. PLEEEEEEEEEERRRR

truth is, i dont give a fuck. unless of course youre going to steal my shit and sell it as your own. thats all im bitching about.