By now you’ve probably been exposed at one point or another to the legendary Los Angeles beat cypher, Team Supreme. Their internet presence is colossal, as is their undying work ethic when it comes to producing quality music on a weekly basis. Not to mention, their two-year anniversary party will be held at the Echoplex in their hometown on May 24th. 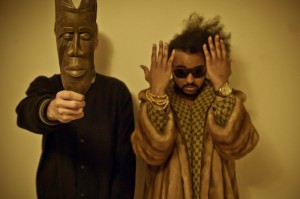 Comprised of TK Kayembe of Boulder, CO and King Henry of LA, underground overlords bring a gritty soundscape to the table complimented by their crispy transitions and cinematic builds.

I imagine this mix sounds a lot like the type of music Lil’ Wayne would hear if he gave up on his prestigious career as a rock musician and copped a pair of paisley, red CDJs.

(TurtleTip: Know when to quit. That applies to everything… Looking at you Weezy.)

Enjoy the mix and hit the comment section letting us know what you think! Later Scouts!