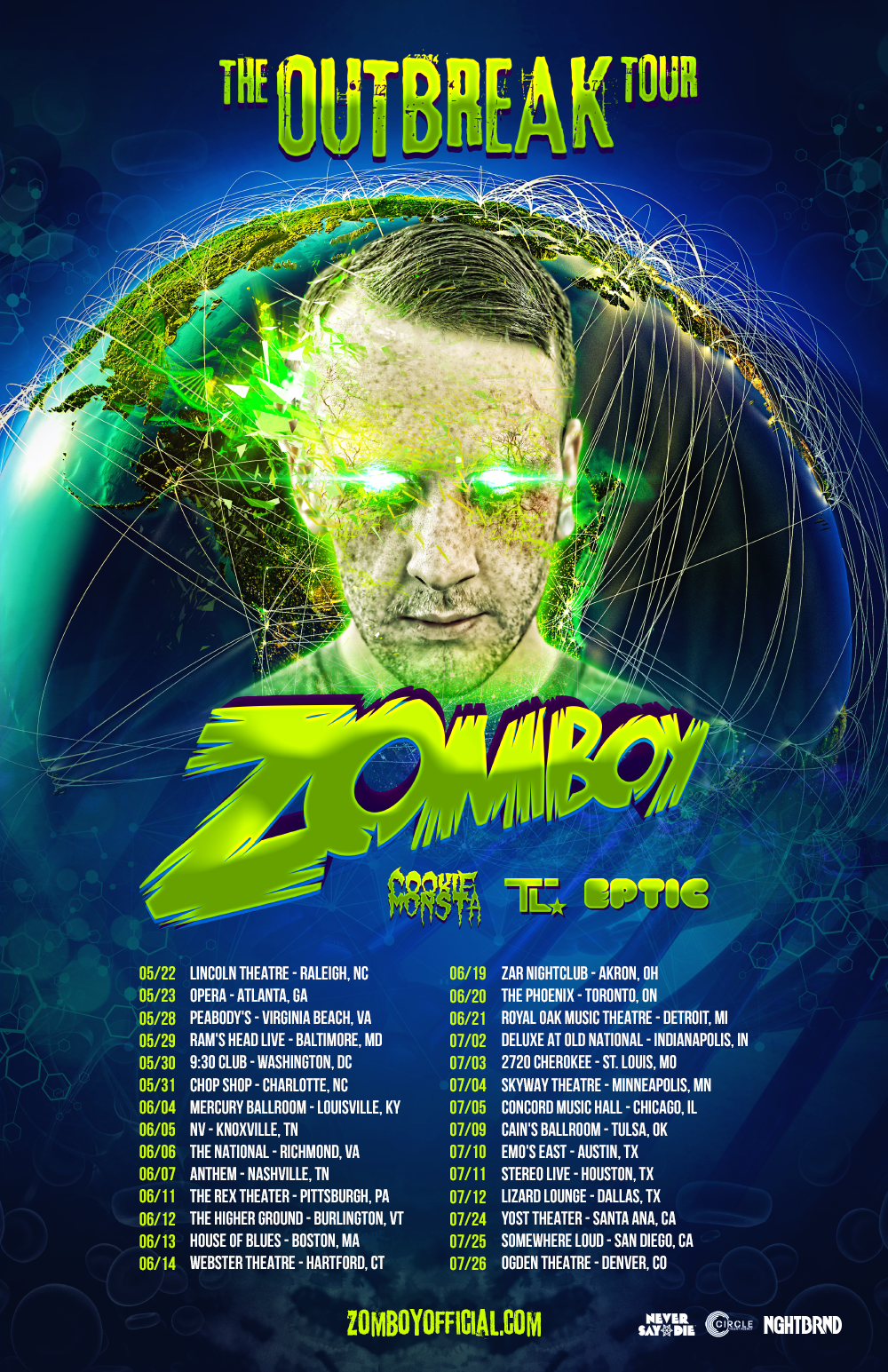 It’s time for one of the biggest summer tours of 2014. Joshua Melody aka Zomboy is heading across North America for a 35-show tour that will be one of the most epic bass-in-your-face events of the entire year.

With support from Cookie Monsta, TC, and Eptic, The Outbreak Tour will be a collaboration of some of the most massive DJs on the planet.

The Outbreak Tour will take place in conjunction of the release of Zomboy’s new LP of the same name, out this July on Never Say Die Records.