There’s nothing new about big business bastardizing popular music to sell their products & services. We took the liberty of compiling a list of some chief offenders, songs forever tainted by impossible to separate compulsions to purchase gas friendly cars or donning cheap department store clothing. This is sure to get the elitists shaking their heads in no time.

The Geico Cavemen were regrettably a prominent part of American pop culture for years, enough to spawn a wildly unnecessary sitcom. Only recently have these badly beaten dead horses faded to the background, much like a smarmy relative you see exclusively on holidays. Every now and then though, the Cavemen emerge from beneath their rock to tarnish Norwegian imports such as Röyksopp. 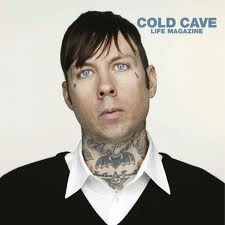 The season of giving and Cold Cave are hardly synonymous but that didn’t stop somehow-still-existing Radioshack from bringing them together. While it’s always nice to see bands that are overdue for recognition finally hit their stride, we’re not sure if it comes in the form of advertising cheap personal computers and batteries. Perhaps Cold Cave wanted to preserve their dignity, but there’s no video for this one hosted anywhere online. Hopefully Wesley Eisold’s 1000 yard stare will suffice, at the very least implore you to buy a car charger for your smart phone.

Of Montreal – Wraith Pinned to the Mist (and Other Games)

This one is downright soul crushing. Of Montreal rather unforgivably tailored the lyrics to a solid dance number in an effort to tantalize carnivorous America into heading Outback for a little increased risk of heart disease. Then again, what’s sacrificing your overall artistic integrity for a Bloomin’ Onion?

Can you really blame Vampire Weekend for being so commercially friendly? Maybe a little bit when you consider ‘Holiday’ off the exceptional sophomore release Contra is now used as an annual sales event for Japanese auto giant, Honda. Criminally infectious, ‘Holiday’ is virtually everywhere once December hits. And you thought your problems stopped at ‘A-Punk’…

You’d be hard pressed to find a more polarizing figure than 2012’s Lana Del Rey. After a disastrous Saturday Night Live performance, regarded as one of the ‘worst outings in SNL history’ by respected news anchor Brian Williams, Del Ray virtually became a punch line overnight. Despite her occasional display of actual talent, her debut Born To Die received little love from critics despite huge sales. Del Rey seemed more focused on becoming an icon as opposed to creating music with staying power. Naturally, the next process in her evolution was settling to become the aforementioned icon for H&M. Del Rey’s offering of ‘Blue Velvet’ no doubt encouraged out of touch parents everywhere to rush out and buy entire flesh-colored outfits for their children in an effort to show them they still know what’s cool.