Insomniac’s flagship event, Electric Daisy Carnival, heads over to Mexico on March 15 and 16. Arriving in just two months, they have announced the performers for their debut EDC in Mexico City. This robust Phase 1 lineup features electronic acts such as Avicii, Baauer, Mat Zo, Showtek, Steve Angello, What So Not, Zeds Dead, and many more.

HARDFEST has just announced that they will be hosting an Arena at EDC Mexico featuring Alex Metric, Baauer, The Bloody Beetroots, Boys Noize, Branchez, Cajmere, Clockwork, Cory Enemy, Destructo, DJ Snake, Flux Pavilion, Gorgon City, Wax Motif, What So Not and Zeds Dead. Make sure to check back in on more updates on Electronic Daisy Carnival’s announcements and lineups. 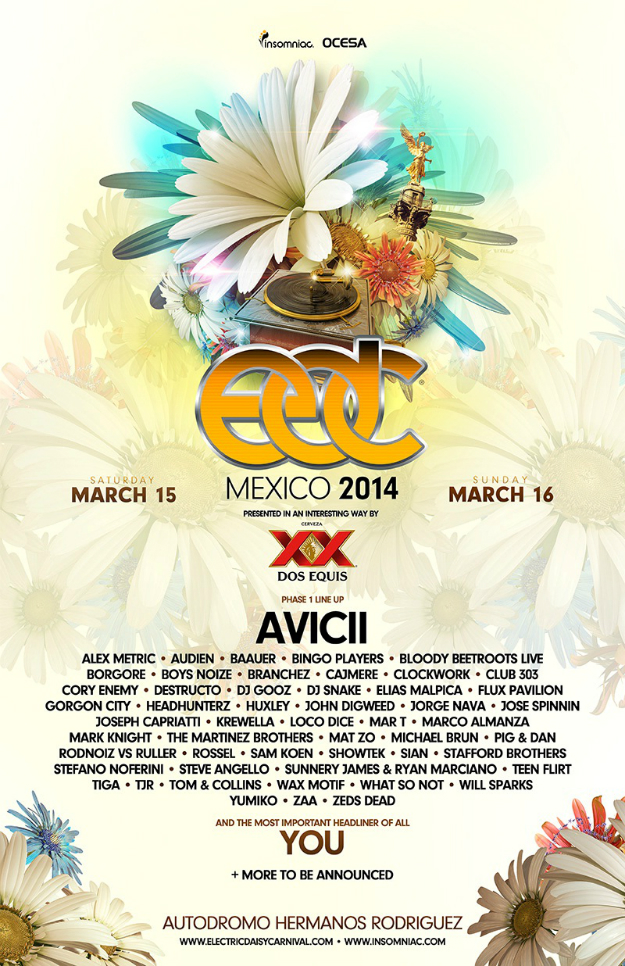